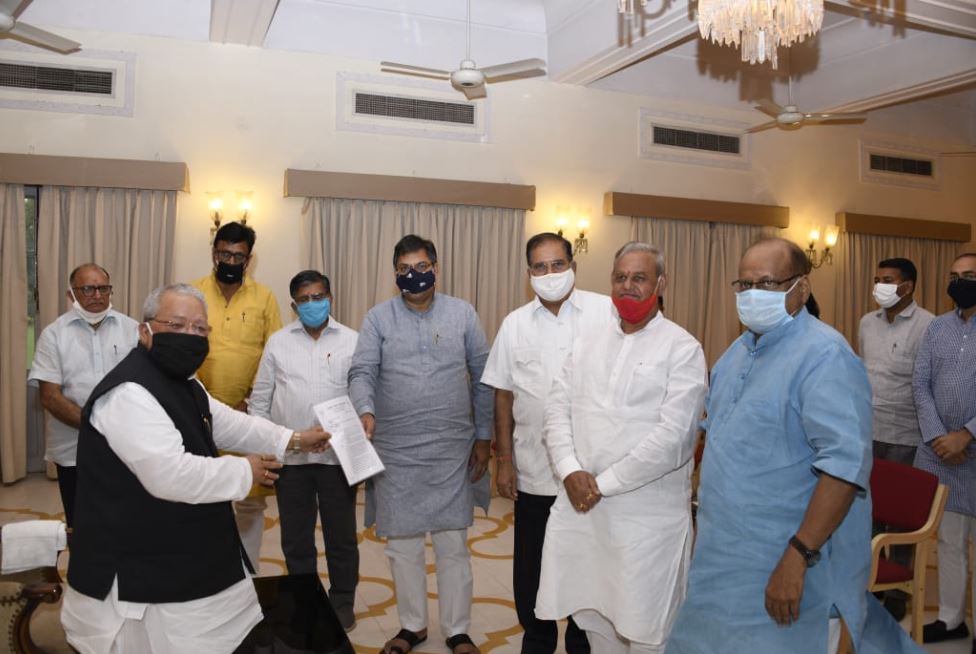 Jaipur: A day after a face-off between Chief Minister Ashok Gehlot supported by his MLAs and Governor Kalraj Mishra over the convening of a special Assembly session, a BJP delegation on Saturday submitted a memorandum to Mishra, accusing the CM and his government of pushing the state towards anarchy.

The BJP memorandum highlighted Gehlot’s statement on Friday wherein he allegedly threatened to gherao the Raj Bhavan and expressed his inability to control the situation. “It comprises a criminal act under Section 124 of the IPC,” the BJP memorandum claimed.

The submission of the memorandum comes after Gehlot said here on Saturday that he would foil the opposition Bharatiya Janata Party’s plan to topple the Congress government in the desert state and “even go to the President, if required”.

The state BJP said that “pressuring” the Governor to get a decision in their favour was also a “derogatory attempt to threaten constitutional institutions”.

Poonia said: “Scenes of anarchy were seen on the streets of Rajasthan on Saturday as the COVID-19 norms were flouted openly during the dharna staged by Congress leaders at district headquarters in the state. The CM, being the state Home Minister, is morally responsible for creating this situation,” he added.

“Flouting all set norms of COVID-19 pandemic, demonstrations were held at district headquarters on the call of the ruling party. Surprisingly, the district administrations remained mute spectators to such violations which shows the state government’s apathy towards the Covid pandemic,” Poonia added.

Gehlot had visited the Raj Bhavan on Friday along with supporting MLAs, who then staged a dharna on the lawn and raised slogans to demand the special Assembly session.