Chandigarh | In a major reprieve to Delhi-based BJP leader Tejinder Singh Bagga, the Punjab and Haryana High Court on Wednesday quashed an FIR against him, asserting the continuation of criminal proceedings would amount to an abuse of the process of law. Also the same court quashed the FIR in a separate case against former Aam […]

Chandigarh | Punjab Chief Minister Bhagwant Mann on Friday said he has received a complaint on the newly-launched anti-corruption helpline. In a tweet, he said: “I received a complaint on our anti-corruption action helpline. Directed the authorities for immediate investigation, those caught asking for bribes will face severe consequences. Corruption won’t be tolerated in Punjab […]

Chandigarh | In an apparent embarrassment for Punjab Congress chief Navjot Singh Sidhu, his ‘elder sister’ Suman Tur on Friday described him a ‘cruel’ for deserting her elderly mother after father’s death with an intention to ‘grab family property’. She told the media here that Sidhu had abandoned her mother and she passed away on a […]

Chandigarh | Gangster-turned-activist Lakha Sidhana, who is accused in the 2021 Republic Day violence case, is the candidate of Sanyukt Samaj Morcha, a political front of farmer unions, from Punjab’s Maur constituency in Bathinda district for the February 20 Assembly polls. Earlier, leaders of the Samyukta Kisan Morcha distanced themselves from the programmes organised by 40-year-old […] 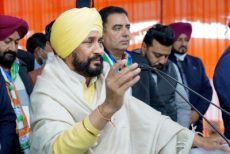 Chandigarh | Barely 700 people turned up for the BJP rally and that forced the Prime Minister Narendra Modi to “retrace his steps” and later the blame was pinned on the state government citing security threats, said Punjab Chief Minister Charanjit Channi on Thursday. Challenging those questioning the nationalistic credentials of Punjab, Channi made it clear […] 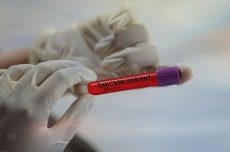 Chandigarh | A vaccinated 20-year-old man, who recently returned from Italy, has been tested positive for the Omicron variant of Covid-19, becoming Chandigarh’s first confirmed case, the health department said on Sunday, adding that he came to visit relatives in the city. His report for the whole genomic sequencing was received late Saturday night and was […] 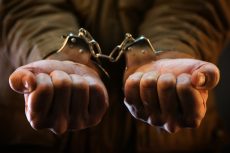 Chandigarh | With the arrest of a highly-radicalised operative identified as Ranjit Singh of Tarn Taran, linked with foreign-based terrorist entities, Punjab Police on Wednesday claimed it foiled another possible terrorist attack. The police have recovered two Chinese made P-86 hand grenades and two pistols along with cartridges, besides a black Royal Enfield motorcycle from his […]

Chandigarh | Haryana Chief Minister Manohar Lal Khattar on Saturday announced a cash reward of Rs 6 crore and a government job for Neeraj Chopra for winning India’s first Olympic gold medal in athletics. The star athlete from Panipat district in Haryana created histiry after he clinched the gold in javelin throw with an attempt of […]

Chandigarh | Perturbed over the fate of the agitation of farmers against three contentious farm laws, a 55-year-old marginal farmer on Wednesday allegedly committed suicide by consuming poisonous substance at a protest site in Jind district of Haryana. The victim, Zile Singh, had been actively involved in serving food to farmers at the protest site on […]