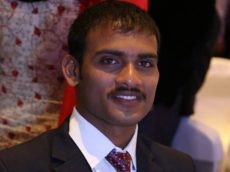 Nashik:  In a shocking development, the Nashik Police have booked Olympic rowing champion Dattu Baban Bhoknal on charges of alleged harassment and dowry demands levelled by his wife, an official said on Friday. “The complaint has been lodged by his wife Asha Dattu Bhoknal. We have not made any arrest so far. We are investigating […]

Nashik (Maharashtra):  A social media message proclaiming details of India’s oldest liquor shop in Nashik that went viral has caused misery to the owners in its wake as it was fake. The message on Tuesday claimed that S.B. Mistry & Sons, a liquor shop was the country’s oldest licensed establishment in existence since 1847, a […]

Nashik (Maharashtra) (3 Min Read) : In an unusual form of protest, a Maharashtra farmer donated a paltry sum earned from selling his onion crop at a huge loss to the Prime Minister’s Relief Fund, officials said here on Tuesday. Sanjay Sathe had taken a tractor load of around 750 kg onion to the Niphad […]

Nashik : An Army soldier from Maharashtra, Keshav S. Gosavi, who got martyred in Jammu & Kashmir on Sunday, was cremated with full military honours at his native village Srirampur, on Monday evening, an official said. Gosavi, 29, was critically wounded after the Pakistan Army violated the ceasefire and opened fire in Noshera Sector on […] 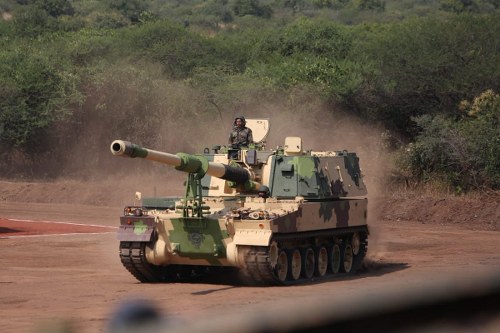 Nashik (Maharashtra) :  Signalling a major milestone towards capacity building and enhancement of the Army, Defence Minister Nirmala Sitharaman on Friday dedicated three top globally combat-proven weapons to the nation.   Smt @nsitharaman , along with Shri @DrSubhashMoS , interacts with troops in Deolali at the induction ceremony of new state-of-the-art gun systems into the […]

Nashik : Two teachers have been arrested for allegedly demanding sexual favours from a student in exchange for good marks in the HSC examination, police said here on Wednesday. According to the investigating officer, Y. P. Jadhav, the complaint was lodged by a Higher Secondary School (HSC – Class XII) student of L. V. Hiray […]

Nashik (Maharashtra) : A Sukhoi SU-31 fighter jet crashed near Nashik while on a sortie but both pilots on board ejected safely, official sources said. The crash may have occurred due to a technical glitch, the sources said. Top military and air force officials and police have rushed to the crash site in Maharashtra. Further […]

Fatima Sana Shaikh opens up about her struggle with epilepsy, reveals when did she come to know about her disease