New Delhi | Supreme Court on Wednesday pulled up the Uttar Pradesh government for delay in recording statements of witnesses before a judicial magistrate in the Lakhimpur Kheri violence case, where eight persons were killed, and also told the state government to dispel the impression that it is dragging its feet in the matter. A bench […]

New Delhi | Petrol and diesel prices on Wednesday rallied to their highest ever levels across the country, as fuel rates were hiked again by 35 paise a litre after a two-day pause. The price of petrol in Delhi rose to its highest-ever level of Rs 106.19 a litre and Rs 112.11 per litre in Mumbai, […] 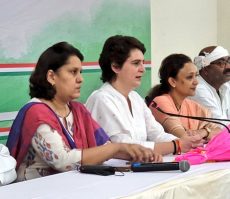 Lucknow | In a major decision that could prove to be a game-changer for the Congress, in particular and, Indian politics, in general, Congress General Secretary Priyanka Gandhi Vadra, on Tuesday, announced that her party would give 40 per cent tickets to women in the upcoming Assembly elections in Uttar Pradesh. She said that all women […] 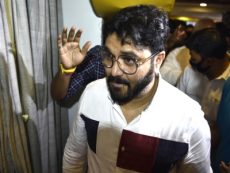 New Delhi | Former BJP leader Babul Supriyo met Lok Sabha Speaker Om Birla here on Tuesday and submitted his resignation. After meeting the speaker, Supriyo said, “I thank Prime Minister Modi, Amit Shah and party chief for the confidence shown in me. I thought that if I am not a part of the party, I […] 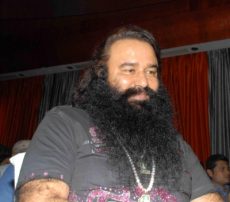 Chandigarh | Self-styled godman and Dera Sacha Sauda chief Gurmeet Ram Rahim Singh, who is already serving a 20-year jail sentence for raping two of his disciples and a life term for a journalist’s killing, was on Monday sentenced to life imprisonment for murder of a former sect manager nearly two decades back. Special CBI court judge […]

New Delhi | Former Congress president Rahul Gandhi has slammed the central government after reports emerged that the petrol is costlier than aviation fuel in the country. Rahul Gandhi said, the matter is very “serious”. In a tweet on Monday, Rahul Gandhi said, “this is a serious issue, as the issue of public welfare comes first […]

Kolkata | A youth BJP leader of Itahar in West Bengal’s North Dinajpur district, Mithun Ghosh, was shot dead by some unidentified miscreants just in front of his home in the Rajgram village. The BJP alleged that Trinamool Congress anti-socials were behind the murder. Trinamool Congress, however, has denied the allegation. The incident happened at 11 […]

New Delhi | Petrol and diesel prices on Sunday rallied to their highest ever levels across the country, as fuel rates were hiked again by 35 paise a litre. The price of petrol in Delhi rose to its highest-ever level of Rs 105.84 a litre and Rs 111.77 per litre in Mumbai, according to a price […] 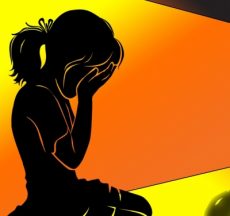 Lalitpur (Uttar Pradesh) | A total of seven persons have been arrested so far in connection with the rape of a 17-year-old girl in the district. The arrested persons include the district presidents of the Samajwadi Party (SP) and Bahujan Samaj Party (BSP) and a junior engineer. The father of the survivor is also accused of […] 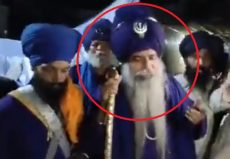 Nihang Sikh Saravjeet Singh, took the responsibility for the brutal murder at Singhu border and surrendered before Haryana Police. He was produced before a court on Saturday and was remanded to police custody for seven days

Chandigarh | The second accused and a Nihang Sikh, identified as Parminder Singh, in the Singhu border lynching incident, on Saturday surrendered at a gurdwara before the police in Jandiala Guru in Amritsar district in Punjab amidst the presence of a huge sympathizers. The local police had to show patience to allow the accused to surrender […]