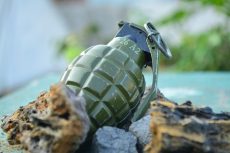 Srinagar: Six civilians were injured on Monday in a grenade attack by militants in Jammu and Kashmir’s Baramulla district. Police said militants targeted a security force party in the Azadgunj area of Baramulla town with a grenade. “The grenade missed the target and exploded on the ground injuring six civilians. “The injured have been shifted […]

Srinagar: One terrorist was killed in an encounter with the security forces in North Kashmir’s Baramulla district on Saturday, police said. “One unidentified terrorist killed in the encounter at Kreeri. Operation is going on,” the police added. The encounter erupted after a joint team of the police and the army cordoned off the Saloosa area following […] 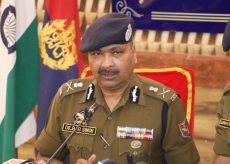 Srinagar: Four top militant commanders were killed recently and 16 youths were brought back from militant ranks to rejoin their families, the J&K Police chief said on Thursday. Addressing the media in north Kashmir’s Kupwara district, DGP Dilbag Singh said, “Encounters during the last few days were major successes for the security forces and this […] 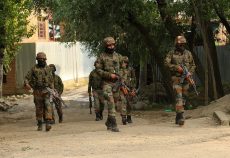 Srinagar: Two unidentified terrorists have been killed in an encounter that began in Ganipora Kralgund in north Kashmir’s Handwara on Wednesday evening, officials said. “Two unidentified terrorists killed in the Handwara encounter. Search going on,” police said. Security forces, including Army personnel, had launched a joint operation after a specific input about the presence of […] Srinagar: A CRPF jawan was injured after terrorists attacked a CRPF camp at Nehama in South Kashmir’s Kulgam district on Monday evening, officials said. The area has been cordoned off and a search operation has been initiated to nab the attackers. This is the second terrorist attack in Kashmir on Monday. Earlier in the day, […]

Srinagar: With the killing of a second militant, the number of terrorists killed in the ongoing encounter in north Kashmir’s Baramulla is two now, officials said. Earlier, two CRPF personnel and a Special Police Officer (SPO) of the J&K Police were killed in a terrorist attack at Kreeri in Baramulla district on Monday. Security forces had […] 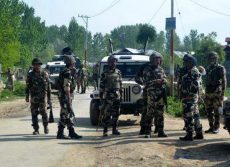 Srinagar: Two CRPF personnel and a Special Police Officer (SPO) of the Jammu and Kashmir Police got martyred after terrorists attacked a patrol party in North Kashmir’s Baramulla district. According to the details, a joint patrol party of the police and the CRPF was targetted by the terrorists who were hiding in an orchard in […]