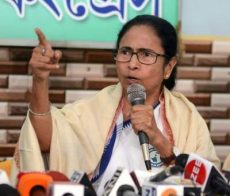 Kolkata: The West Bengal government is planning to pass a resolution in the state Assembly against the Citizenship (Amendment) Act in the next three-four days, Chief Minister Mamata Banerjee said on Monday. Banerjee also appealed to other states, particularly those in the North-East, to pass such resolutions. “We have also passed a resolution against NRCA […] New Delhi: Karti Chidambaram, son of former Finance Minister P. Chidambaram, here on Monday, appeared before the Enforcement Directorate (ED) for questioning as summoned in connection with alleged violation of the Prevention of Money Laundering Act (PMLA) in the INX media case. An ED official said Karti was summoned following new developments regarding his association […]

New Delhi: A video showing Madhya Pradesh’s Rajgarh district Deputy Collector Priya Verma indulging in a street fight is doing the rounds on the Internet. A pro-CAA rally, organised by the BJP at Rajgarh, took a violent turn on Sunday when participants allegedly attacked police and officials present following which officials took on the ‘unruly’ […] 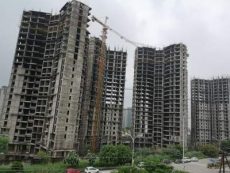 New Delhi: The Supreme Court on Monday accepted Centre’s proposal recommending a seven-member Board to take over the management of real estate company Unitech. A bench headed by Justice D.Y. Chandrachud approved the appointment of former IAS officer Yudhvir Singh Malik as its CMD. Last month, the apex court had asked the Centre to take […]

New Delhi: The Enforcement Directorate (ED) has claimed that NRI businessman C.C. Thampi who was arrested in connection with the money laundering probe against Robert Vadra has “failed” to answer various questions during the interrogation. “Thampi during questioning failed to explain why Sanjay Bhandari (a close aide of Vadra) was monitoring the purchase of properties […] 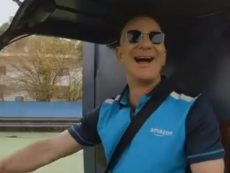 New Delhi:  Amazon Founder and CEO Jeff Bezos on Monday posted a video on his official twitter handle in which he drove an e-rickshaw with Amazon’s delivery partners. Taking a Climate Pledge, the video by Bezos revealed that Amazon is rolling out its new fleet of fully electric delivery rickshaws. Hey, India. We’re rolling out […] 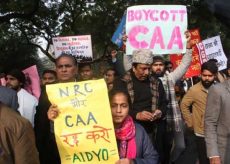 New Delhi: The Shaheen Bagh protest entered 37th day here on Monday as protestors are not willing to quit without a concrete result on the new Citizenship Amendment Act (CAA). Except appeals by some low-rung police officers, no serious effort has been made to persuade the activists to leave the spot. The number of protestors […]

New Delhi: Delhi Chief Minister Arvind Kejriwal on Monday missed the deadline for filing his nomination because of his massive roadshow and will now file it on Tuesday. The filing of nominations was allowed between 11 a.m. and 3 p.m., but the Aam Aadmi Party (AAP) chief was not able to reach the office of […]

Lucknow: Resentment is brewing against the Yogi Adityanath government in Uttar Pradesh, especially among the BJP’s own legislators, sources said. “It began shortly after he was sworn in, when Yogi Adityanath told officers that they need not work under pressure from MLAs. Since that day, the bureaucracy has gone berserk. The officers do not listen […]