Kolkata | A trespasser, who reportedly entered the residence of West Bengal Chief Minister, Mamata Banerjee in South Kolkata after climbing up the boundary walls on late Saturday and was hiding inside the house for the whole night. He was nabbed by the security personnel on Sunday morning. He was handed over to the local Kalighat […]

Kolkata | Kolkata Police, on Saturday, issued lockout notice against suspended BJP leader Nupur Sharma, whose controversial comments about Prophet Muhammad had created nationwide stir and tension last month. A senior official of the city police informed that they were forced to issue the lookout notice as Sharma did not turn up after she was sent […] 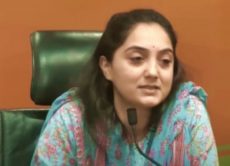 Kolkata | The Kolkata police has issued summons to suspended BJP leader Nupur Sharma over her controversial comments about Prophet Muhammad which led to violence in certain pockets of West Bengal. The summons have been issued by Narkeldanga Police Station, under Eastern Suburban Division of Kolkata police under Section 41A of the Code of Criminal Procedure, […]

Kolkata | A new round of confrontation between West Bengal Governor Jagdeep Dhankhar and the Mamata Banerejee government seem to be looming after the state cabinet on Thursday decided to have Chief Minister as the Chancellor of all state universities instead of the Governor. This is for the first time that the state government has taken […] 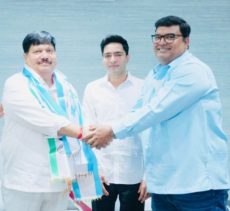 Kolkata | Bringing an end to all speculations and in another jolt to the BJP, BJP’s Barrackpore MP Arjun Singh rejoined West Bengal’s Trinamool Congress on Sunday evening. He was greeted back into the party by Trinamool General Secretary Abhishek Banerjee at the party office at Camac Street in central Kolkata. Other top Trinamool leaders, MLAs, […] 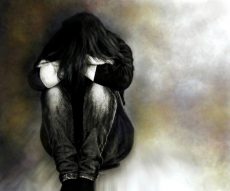 Kolkata | Tension prevailed at Hanskhali in Nadia district of West Bengal over the arrest of the son of an influential Trinamool Congress leader for allegedly raping a minor girl who died later. The accused, Brajagopal Goyala, son of a local panchayat member of Trinamool Congress, Samar Goyala has been charged under the Protection of Children […]

Kolkata | A day when Trinamool Congress leader in the Parliament formally told President Ram Nath Kovind to remove West Bengal Governor, Chief Minister Mamata Banerjee told in a press conference that she has blocked Dhankhar’s twitter account making is clear that the ruling party will not leave any stones unturned in their battle against the […] Kolkata | A 62-year-old influential Trinamool Congress leader was murdered by some unknown miscreants very close to his home in the Maniktala Bapuji Colony in West Bengal’s North 24 Parganas. Police have arrested a BJP leader allegedly for his involvement in the case. According to the police, the incident happened around 10 p.m. on Saturday night […] 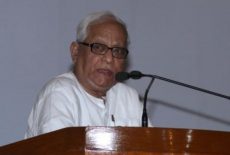 Kolkata | Former Chief Minister of West Bengal, Buddhadeb Bhattacharya, on Tuesday refused to accept the Padma Bhushan award conferred upon him by the government of India on the eve of the country’s 73rd Republic Day. Bhattacharya was given the award for his contribution in the field of Public Affairs. A statement issued by the veteran […] 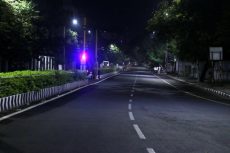 Kolkata | In wake of the sudden spike in Covid cases, West Bengal on Sunday announced certain restrictions on the movement of people and public transport from Monday onwards. Though Chief Minister Mamata Banerjee had earlier said that there will not be a lockdown but keeping in view of the rising cases, the government decided to […]