New Delhi | The 10 richest men in the world have seen their global wealth double to $1.5 trillion since the start of the global pandemic following a surge in share and property prices that has widened the gap between rich and poor, according to a report from Oxfam, The Guardian reported. Urging governments to impose […] 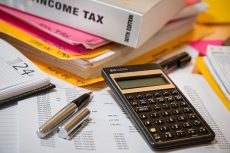 Kanpur | Vikram Kothari, managing director of Rotomac Group, passed away in Uttar Pradesh’s Kanpur on Tuesday morning. Kothari, who was one of the big businessmen who had launched Pan Masala and Rotomac Pen, breathed his last at his residence in Tilak Nagar in the city. The servants in the house first reported his death to […] 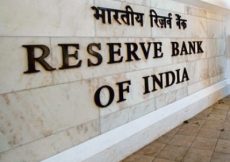 New Delhi | The Reserve Bank of India on Thursday extended the last date for Know Your Customer (KYC) updation for bank accounts by three months to March 2022. The RBI, through a notification, said it is extending the deadline in view of the “prevalent uncertainty due to new variant of Covid-19”. In May 2021, RBI […] 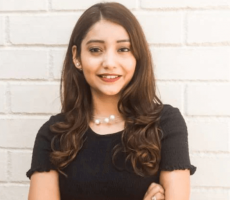 New Delhi | Serial entrepreneur Pankhuri Shrivastava, founder of a women-focused social community platform called iPankhurii and startup Grabhouse passed away on December 24 at the age of 32. Shrivastava previously founded rental startup Grabhouse which was sold to online classifieds company Quikr in a cash and equity deal in 2016. “Yesterday, it came as a […]

Dubai | Stock market maverick Rakesh Jhunjhunwala-backed SNV Aviation, whose upcoming airline venture — Akasa Air — on Tuesday placed an order for 72 Boeing’s 737 Max aircraft at the Dubai aeroshow which is being held here. The airline, through this order, aims to build up on its fleet to serve the rapidly growing Indian market. […]

New Delhi | The Supreme Court on Thursday said it will hear on November 23, the Future group plea against Amazon NV Investment Holdings, over former’s sale of retail assets to the Reliance group. The top court orally asked the Future group to not proceed with the matter at any other forum till the top court […]

New Delhi | The Centre on Wednesday sweetened Diwali celebrations by announcing that it will slash excise duty rate on both petrol and diesel fuels, thus bringing down retail rates. The excise duty will be reduced by Rs 5 for petrol and Rs 10 for diesel from November 4. Domestic prices of both fuels have touched […]

New Delhi | Petrol and diesel prices increased again on Monday, the sixth consecutive day of increase, as global oil prices failed to relent and continued to remain firm. Accordingly, the pump price of petrol in Delhi increased by 35 paise per litre to jump to Rs 109.69 a litre while diesel prices also increased by […]