Lucknow | Uttar Pradesh BJP MLA Dheeraj Ojha, on Wednesday, created a ruckus at the office of the district magistrate in Pratapgarh, alleging that the names of his supporters have been deleted from electoral rolls at the behest of the local leaders. The MLA, who represents the Rani assembly seat in the Vidhan Sabha, tore up […]

New Delhi | Proceedings heated up in the Rajya Sabha during a debate on the Government of National Capital Territory of Delhi (Amendment) Bill, 2021. Members of the Trinamool Congress, Aam Aadmi Party (AAP) and the Congress raised slogans against this legislation that grants greater powers to the Lieutenant Governor. Because of the ruckus created, while […] 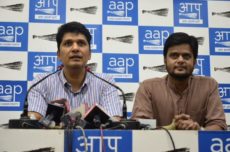 New Delhi | A day after the Delhi government announced lowering the legal age of consuming liquor to 21 from 25 years under its upcoming excise policy, the political war has once again begun between the ruling AAP and the opposition BJP. AAP’s chief spokesperson Saurav Bharadwaj on Tuesday attacked the Delhi unit of the BJP, […]

Kolkata | The BJP in West Bengal on Tuesday released its final list of candidates for the upcoming eight-phase Assembly elections in the state, featuring a total 13 new names. Surprisingly, Bollywood superstar Mithun Chakraborty, who recently joined the saffron camp, did not feature in the list of new candidates, eventually ending all speculation of Bengal’s […] 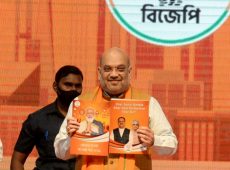 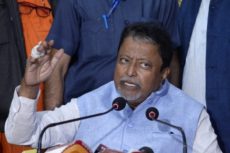 New Delhi | Former Chief Minister of Maharashtra Devendra Fadnavis on Tuesday said that Shiv Sena chief Uddhav Thackeray had called him in 2018, requesting him to reinstate Sachin Vaze in the police. Addressing a press conference, Fadnavis demanded that a proper investigation be done to find out who the the all-powerful people in the government […] 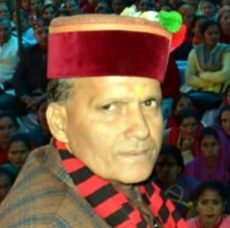 New Delhi: Ram Swaroop Sharma, the BJP MP from Himachal’s Mandi was found hanging from a ceiling fan at his Delhi residence under mysterious circumstances, police said on Wednesday. The 62-year-old’s body was found in his Gomti apartment near RML hospital in New Delhi area. According to the police “prima facie it appeared to be case […] 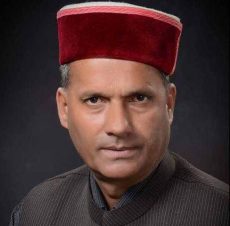