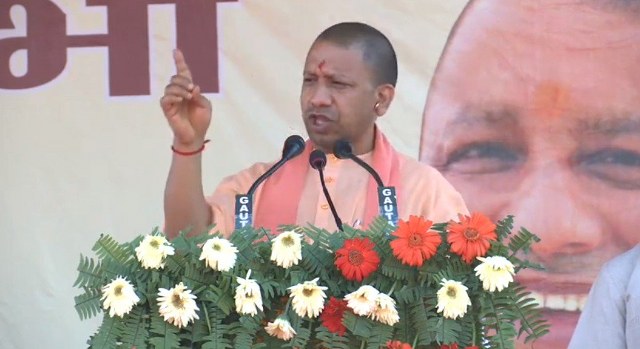 Gorakhpur: Uttar Pradesh Chief Minister Yogi Adityanath on Tuesday accused the Congress of being soft on terrorists while his Bharatiya Janata Party was “proactive and aggressive”.

Addressing a public gathering at Numaish grounds here, he said that while the Congress was “feeding biryani to terrorists, the Narendra Modi government was wiping them out”.

He also slammed Congress leaders for “doing the rounds of temple in election season”.

“This is the very same party which gave our visits to temple communal colour,” he said, seeking to remind the people that all this was being done to create confusion and make them come across as champions of the Hindu cause though the reality was just the opposite.

Kick-starting the election campaign in Gorakhpur, which sent him to Lok Sabha for five straight terms, the saffron-robed Chief Minister termed as “shameful” the recent statement of Congress leader Sam Pitroda questioning the air strikes against terrorists in Pakistan’s Balakot.

The Congress has still not clarified or condemned the statement of its leader, he added.

Detailing the work done by his government in the past two years, he said the loan waiver for farmers has been rolled out, the anti-Romeo squad has made the girls safe and the criminals have run for cover due to pro-active policing in the state.

“While we are after criminals to ensure that the society and people are safe, the previous government were trying to withdraw cases against arrested terrorists,” he alleged.

Terming the Congress the biggest road block to the construction of the Ram temple at Ayodhya, Adityanath said it had “roped in a battery of lawyers to ensure every time that the hearing of the Ram temple dispute is delayed”.

He also ridiculed Congress President Rahul Gandhi for the “Rs 72,000 annual farce” that he has announced for the poor. 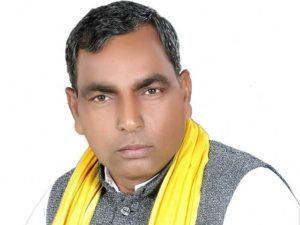