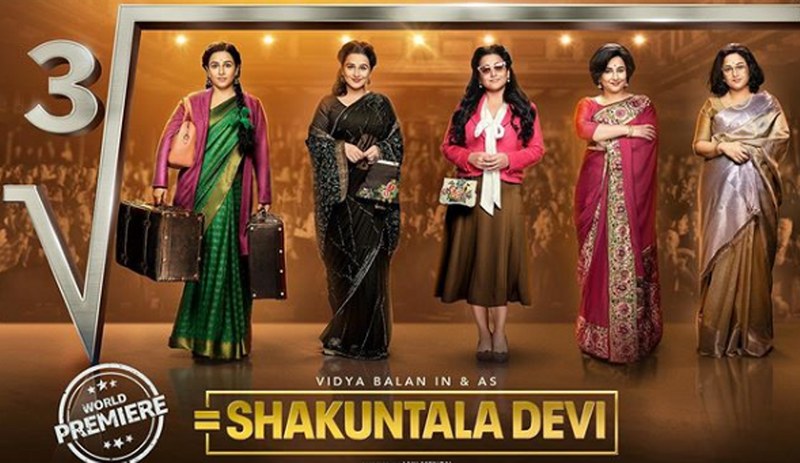 Mumbai: Actress Vidya Balan teased her fans with a spot of math while introducing the trailer of her upcoming film “Shakuntala Devi” on Wednesday. The idea was in sync with the fact that the film is based on the life of the late mathematical genius, Shakuntala Devi.

In the film, Vidya will trace the many aspects of the mathematical wizard across eras — a young girl who left her hometown to be celebrated in London, her computational prowess, the stylish genius and her journey to motherhood.

These avatars can be seen in the film’s new poster too.

The trailer opens with Vidya calling math her best friend. She says it has no rules, just magic. Then the viewers get to see a glimpse of her character Shakuntala’s childhood days. When she tells her father about her interest in going to a school, he says: “What will the school teach you? Instead, you will end up teaching the school.”

In the almost three-minute trailer, the grown up Shakuntala flies off to London and impresses many with her mathematical acumen. Her name is registered in the book of Guinness World Records.

The film is not all about her achievements. The trailer also shows her bittersweet relationship with her daughter (played by actress Sanya Malhotra), who wants her mom to be normal like others.

“Shakuntala Devi” will premiere on Amazon Prime Video on July 31. 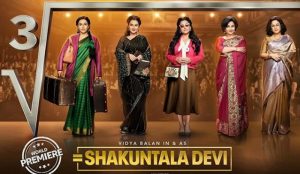 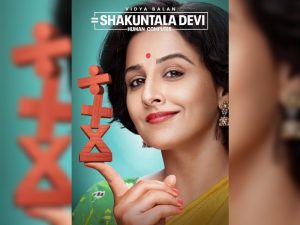