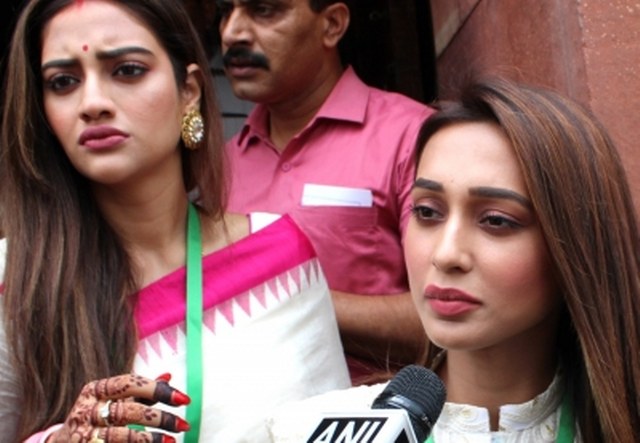 The two could not take oath earlier as Nusrat Jahan recently got married to businessman Nikhil Jain in Turkey and Mimi Chakraborty was attending the wedding ceremony.

Nusrat Jahan came to Parliament with a bunch of wedding bangles, in a white and purple saree and had henna based designs on her hands. Mimi also wore an ethnic Indian dress.

After taking oath, Nusrat Jehan reportedly said that there were several things on her priority and she will raise the concerns of her voters in the House on Wednesday.

Nusrat Jahan was elected from Basirhat and Mimi Chakraborty from Jadhavpur in West Bengal. The two took oath in Bangla and ended it with words like ‘Vande Mataram’, ‘Jai Hind’ and ‘Jai Bangla’. 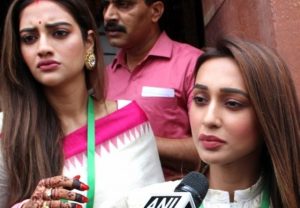 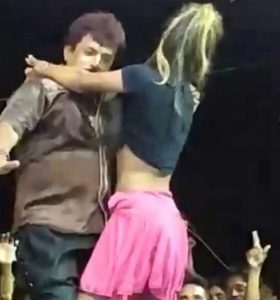