Mumbai: “Bigg Boss 13” contestants Shehnaz Gill and Sidharth Shuklas relationship has hit a rough patch, and seems to be getting ugliery day by day. Now, the singer will be seen getting aggressively violent with the actor. “I hate you,” is what Shehnaz tells Sidharth while fighting with him in a new promo released by […] 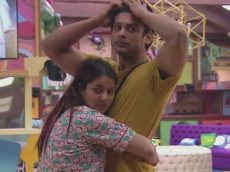 Mumbai: The friendship between “Bigg Boss 13” contestants Shehnaz Gill and Siddharth Shukla seems have become a little rocky as the two were seen fighting in the upcoming episode of the controversial reality show. Post the weekend episode with the Colors show’s host and superstar Salman Khan, Shehnaz is seen being a little off-colour after […] 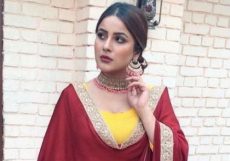 Mumbai: “Bigg Boss 13” housemates Sidharth Shukla and Shehnaz Gill, whose friendship was most talked about, had a tiff last week after Shehnaz had the impression that Sidharth was ignoring her. So, she decided to join Paras and his gang, which upset Sidharth. He stopped commenting on Shehnaz’s antic and also chose to deliberately ignore her […]