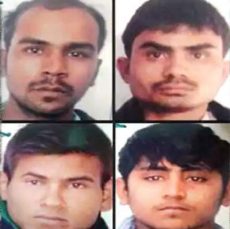 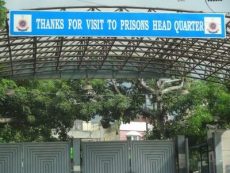 New Delhi: The four convicts in the Nirbhaya gang-rape and murder case were on Wednesday night issued a final notice by the Tihar Jail administration, asking them to file a mercy petition, if they wanted, with the President against their death sentence within a week. Director General, Tihar Jail, Sandeep Goyal told IANS that the notice […] 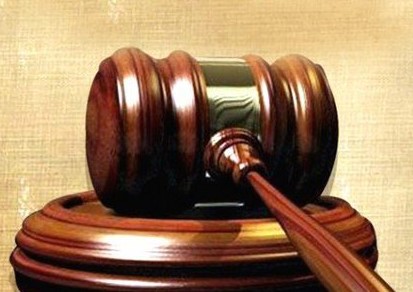 New Delhi:  As Nirbhaya’s parents moved the Patiala House Court on Friday seeking to expedite the execution of their daughter’s killers seven years since the brutal crime, the Delhi court said it will wait for the Supreme Court’s order taht will be hearing the matter as well on December 17. Judge Satish Kumar Arora said the […] New Delhi: The father and the counsel of the 2012 Delhi gang rape victim ‘Nirbhaya’ on Friday backed the Telangana police for killing all the four accused in the brutal gang rape and murder of a young veterinarian in an ‘encounter’. “I feel they have done a very nice job. If they had escaped, there would […] New Delhi: One of the convicts on death row in the December 16, 2012, Nirbhaya gang-rape case has filed a mercy petition before President Ram Nath Kovind. Convict Vinay Kumar Sharma, facing the gallows, is in Tihar Jail since his arrest. Director General of Tihar Jail, Sandeep Goel confirmed this to IANS. He said: “Tihar Jail […]

New Delhi: Before filing a mercy petition before the President, the Nirbhaya case convicts will move the Supreme Court, which has upheld their death penalty, their lawyers told IANS. The decision was taken in a meeting between the convicts and their lawyers in Tihar Jail on Friday, after the Tihar jail administration issued a notice […]

New Delhi: The death penalty to the four remaining convicts in the Nirbhaya gangrape case will soon be carried out if not challenged before the President within seven days, Tihar jail authorities said. The Tihar Jail administration has issued a notice to the convicts in this regard. “Three of the four convicts are lodged in Tihar […]