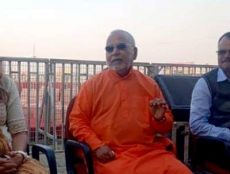 New Delhi: The Supreme Court on Tuesday refused to cancel bail granted by Allahabad High Court to BJP leader Chinmayanand in the case of alleged sexual exploitation of a law student. The Allahabad High Court had observed it was a case of ‘quid pro quo’. However, the apex court issued notice to the Uttar Pradesh government […] 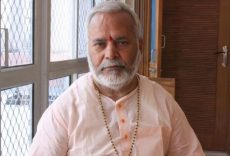 Prayagraj:  Former union minister Chinmayanand has been granted bail by the Allahabad High Court in a case of sexual harassment and blackmail. Chinmayanand was arrested in Shahjahanpur in September last year after a 23-year-old law student accused him of sexual harassment and blackmail. The victim, who was also accused of extortion attempts with three of […] 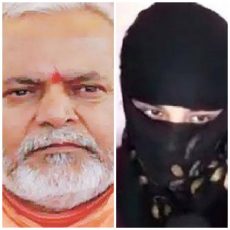 Shahjahanpur: The 23-year-old law student, who had leveled sexual harassment charges against former Union Minister Chinmayanand, has been released on bail from Shahjahanpur district jail. Late on Wednesday evening, she was granted bail by the Allahabad High Court. Her bail applications were earlier denied by lower courts in Shahjahanpur. She was charged under IPC sections […]

Shahjahanpur:  BJP leaders D.P. Singh Rathore and Ajit Singh have been named as accused by the Special Investigation Team that is probing the alleged sexual harassment and also the extortion case involving former Union minister Chinmayanand. D.P. Singh Rathore on Sunday was questioned for over 12 hours over his suspected role in the extortion bid […]

Shahjahanpur: BJP leader D.P.S. Rathore, who has been questioned for a marathon 12 hours by the Special Investigation Team in an extortion case involving a law student who accused former Union Minister Swami Chinmayanand of sexual harassment, has handed over to the SIT his laptop and a pen drive believed to contain video clips related […]

Shahjahanpur: The Special Investigation Team (SIT) probing the sexual assault case against former Union Minister Swami Chinmayanand has recovered the victim’s handbag and a few books. The handbag of the victim, who is a law student, was found in a drain near Chinmayanand’s ashram here. The SIT has been searching for the spy camera-fitted spectacles of […]

Shahjahanpur: Two BJP leaders from Uttar Pradesh’s Shajahanpur were now on the radar of a Special Investigation Team (SIT) which is probing sexual assault charges against former Union Minister Chinmayanand. The two leaders are believed to have been in close contact with Sanjay Singh, one of the three main accused in the extortion case. According […]