Mumbai : Actors Sidharth Malhotra and Rakul Preet Singh are happy that the audience is warming up to their latest release “Aiyaary”. They are hopeful more viewers will be drawn to the theatres. Sidharth and Rakul attended the launch of a new Carnival Select Lounge Programme here on Friday. Sidharth said: “People have really liked […] 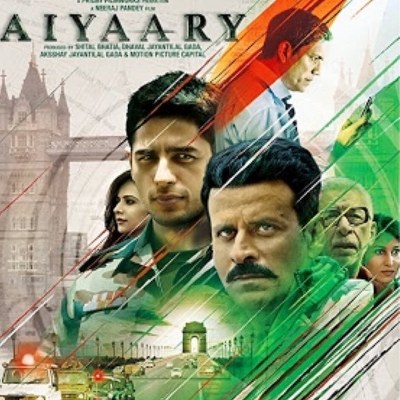 New Delhi : The Supreme Court on Friday refused to stay the release of Hindi film “Aiyaary” starring Manoj Bajpayee and Sidharth Malhotra. A bench, headed by Chief Justice Dipak Misra, dismissed the plea of Adarsh Cooperative Housing Society which sought a stay on its release. “Movies don’t influence the court’s judgement,” it said after […]

Mumbai : Neeraj Pandey’s “Aiyaary”, a film with a patriotic undertone, has been barred from release in Pakistan. “The film is banned. Its content was disapproved,” Satish Anand, who was to distribute the movie in Pakistan, told IANS via social media. The spokesperson for the film in India too confirmed the development. This is not […] 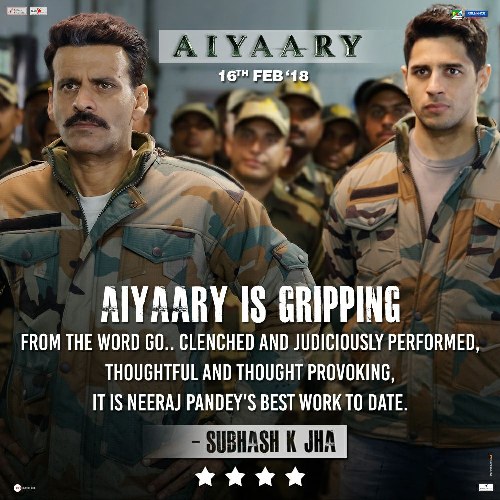 Film: “Aiyaary”; Starring: Manoj Bajpai, Siddharth Malhotra, Naseeruddin Shah, Rakul Preet Singh; Director: Neeraj Pandey; Rating: **** (4 stars) At first, “Aiyaary” seems less seamless than it actually is. Where is all this leading to? You wonder at the outset, as writer-director Neeraj Pandey sets up what eventually turns out to be pieces of a […]

Mumbai : The makers of “Aiyaary” on Tuesday received a green signal for release from the Central Board of Film Certification (CBFC). It will now hit the screens on February 16. The movie was due to have a clash with “Pad Man” on Friday. According to a statement issued on behalf of the makers, after […]

Mumbai, Jan 23 : Actor Sidharth Malhotra, after being reprimanded by actor-producer Neetu Chandra, has apologized for his comment on Bhojpuri and said he didn’t mean any disrespect to the language. “I recently tried speaking a new language while I was on a TV show. In the process if I inadvertently hurt anyone’s feelings or sentiments, […]

Mumbai, Jan 22 : Actor Sidharth Malhotra, who plays a pivotal role in “Aiyaary”, feels the clash between the movie and Akshay Kumar’s “Pad Man” could have been avoided. But he says he can only hope for the best now. “Aiyaary”, which has a patriotic vibe, was originally slated for release on January 25 to […]