Amritsar :  A woman was admitted to a hospital in Amritsar with injuries on Wednesday after she fell off the roof of a speeding Punjab Police jeep.

She was forcibly put there by the Punjab Police Crime Branch personnel, police sources said.

The matter came to light after CCTV footage emerged showing the woman being carried on the roof of the jeep driven by a police official. She was caught falling in one of the videos as the speeding vehicle took a sharp turn in an area of Amritsar district.

The CCTV footage showed her falling on the road as the vehicle sped away. She was then seen getting up and trying to run away.

According to informed sources some passersby had helped the woman and taken her to a hospital nearby. She had a head injury, besides others.

As per information, the unidentified woman was put on the jeep roof by the Punjab Police personnel as a ‘punishment’ after she objected to her husband being taken away by them.

The police had gone to her house in the Chawinda Devi area of Amritsar district to question her father-in-law in connection with a property dispute case.

As they could not find him, they wanted to take away her husband which she vehemently opposed. It was then that they punished her by putting her on the roof of their jeep. 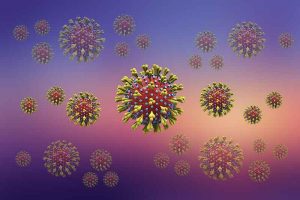