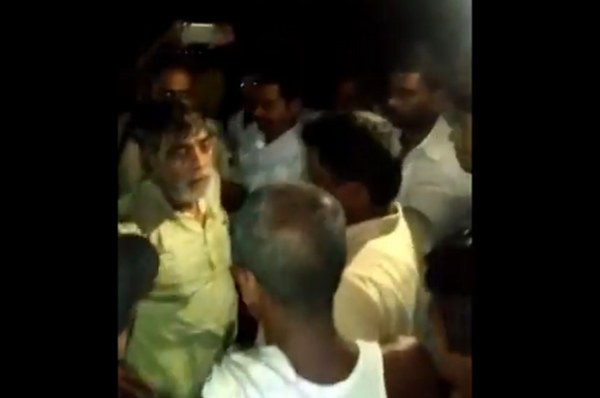 Patna: Former Union Minister and Bharatiya Janata Party (BJP) MP from Patliputra Ram Kripal Yadav had a narrow escape when he fell into a swelling river in the Patna district during a survey of the flood affected area.

According to the BJP leaders close to him, Yadav sustained some injuries also, but was said to be better now.

The incident happened on Wednesday night in flood affected Dhanarua block in Patna, when Yadav, along with some of his party leaders were riding a contraption apparently due to the non availability of a boat to cross the Punpun river. The contraption was made with the help of tyre tubes tied to bamboo shafts and is locally known as “chachri”.

What kind of development is this?What kind of smart city they are designing throughout country from taxpayers money? How is it a smart city??

A few yards away from the shore the contraption tilted and all those aboard, including the MP, fell into the river.

A group of villagers, who was standing on the bank of the river to receive Yadav, dived into the river and rescued him and others. Shocked by the sudden fall, Yadav was unconscious for few seconds, but recovered soon after.

This incident has exposed the administration and the police that an MP had to risk it to reach the marooned people in the capital city of Bihar in the absence of boats.

Patna is among the 15 districts of Bihar where floods have severely affected nearly two million people after heavy rainfall last week. 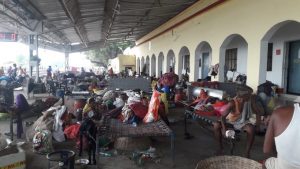 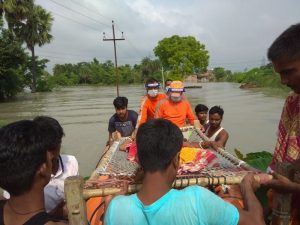