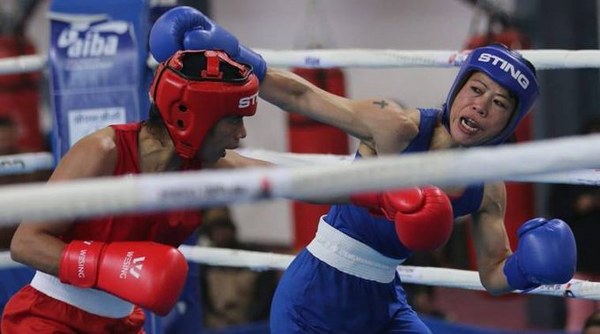 New Delhi: Mary Kom refused to shake hands or hug Nikhat Zareen after winning the intense bout between the two in the 51kg final of the women’s trials for the Indian team that will travel to China in February next year for the Asia/Oceania Olympic qualifiers. There were also alleged foul language that the six-time world champion used against Nikhat when the latter approached her after the result was announced.

Mary said that she didn’t feel the need to shake hands with the 23-year-old after all that has happened over the past few months. “Why should I shake hands with her? If she want others to respect her then she should first respect others. I don’t like people with such nature. Just prove your point inside the ring, not outside,” she told reporters at the Indira Gandhi Indoor Stadium complex after the bout.

Mary Kom on not shaking hands with Nikhat Zareen after the bout: Why should I shake hands with her? If she want others to respect her then she should first respect others. I don't like people with such nature.Just prove your point inside the ring,not outside. https://t.co/TERXuRECMh pic.twitter.com/vwqSvSmgN3

Mary was combative in her interaction, stating that she has had enough of the controversies surrounding her and Nikhat. “This is already too much. If you want to take interview with me don’t ask unnecessary questions. This is not the first time, I have beaten (Nikhat) many times. I don’t like controversies, I am only focussing on the upcoming big competitions and win medal for my countries. You prove inside the ring, that’s all.”

Mary said that she has always abided by the Boxing Federation of India’s selection policy. “In the World Championships, silver and gold medallists did not need trials,” she said, stating what the BFI had said regarding how the Indian contingent would be selected for the Olympic qualifiers before the Women’s World Championships in October. “I said yes to whatever they said,” she said.

Mary had won bronze at the Worlds but BFI president Ajay Singh later indicated that she may be allowed to go for the qualifiers without trial. This prompted Nikhat to write a letter to Sports Minister Kiren Rijiju, an act which Mary criticised on Saturday.

“I said yes to whatever the BFI said. They make the rules. Why did she write a letter to the minister. Even I was surprised why Ajay sir said like this. Trial or no trial, I was always ready,” she said.

The saga started when Mary was allowed to go for the World Championships without a trial, which was called off on the morning it was to be held and Nikhat was prepared for it. It was reported that Mary herself did not want to give a trial and the 36-year-old reiterated the point on Saturday. “Why should I give the trial. Performance wise, there will be no trial. We are sent to so many tournaments, so many opportunities are given and who comes back with the gold? I am the one. Why should I give the trial again and again,” she asked.

She however also said that she is tired of being made to look like she is refusing to give trials despite her always following the BFI’s policy regardless of what her personal opinion is. “I am always focussed. I am human so I will get irritated. It is almost 20 years since I started boxing and I always feel that I need to win something for the country till I am able to fight,” she said. 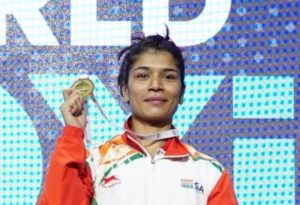 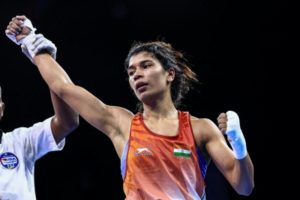