The Ramon Magsaysay award, widely known as Asia’s premier prize, is now in its 60th year of “honouring greatness of spirit and transformative leadership in selfless service to the peoples of Asia.” 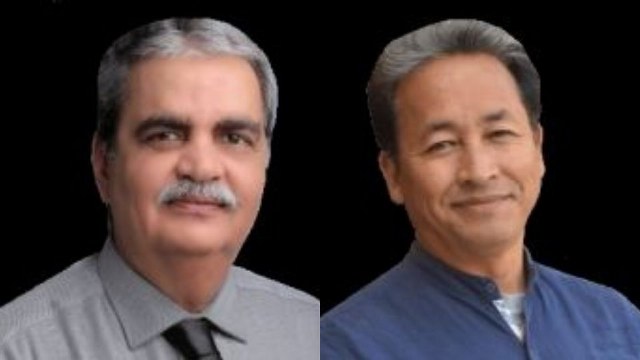 The other recipients of the annual honour include Cambodia’s Youk Chhang, who has been honoured for “preserving historical memory for healing and justice”; Maria de Lourdes Martins Cruz from East Timor for “building a caring society brick by brick”; Howard Dee of the Philippines for “Championing the human face of peace, justice and economic growth”; Vietnam’s Vo Thi Hoang Yen for “claiming opportunities for the differently abled”.

In electing Vatwani, the board of trustees recognised “his tremendous courage and healing compassion in embracing India’s mentally-afflicted destitute, and his steadfast and magnanimous dedication to the work of restoring and affirming the human dignity of even the most ostracized in our midst.”

Since its inception, over 330 individuals and organisations have joined the distinguished community of Ramon Magsaysay Awardees.

Wangchuk, the inspiration behind the hugely popular bollywood movie “Three Idiots”, has been recognised for “his uniquely systematic, collaborative and community-driven reform of learning systems in remote northern India, thus improving the life opportunities of Ladakhi youth, and his constructive engagement of all sectors in local society to harness science and culture creatively for economic progress, thus setting an example for minority peoples in the world”.

The prestigious award is given to persons — regardless of race, nationality, creed or gender — who address issues of human development in Asia with courage and creativity, and in doing so have made contributions which have transformed their societies for the better.

The awards will be presented on August 31 at Main Theater, Cultural Center of the Philippines.