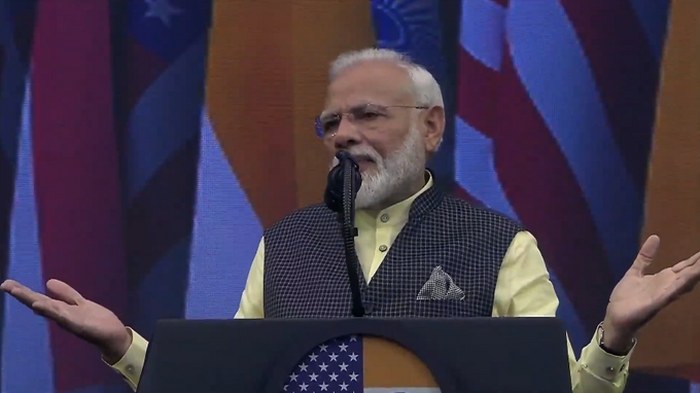 New York: ‘Howdy Modi’ was not just about fiery speeches and a show of strength by Prime Minister Narendra Modi and President Donald Trump. It was also about the Prime Minister’s personal touch.

It was the birthday of Cornyn’s wife. But the Texas Senator was attending the ‘Howdy Modi’ extravaganza along with a host of senators and Congressmen at Houston.

Modi and President Donald Trump were in attendance.

Later, after the event, on getting to know that it was the birthday of Cornyn’s wife, Modi recorded a video message for Cornyn’s better half.

“I would like to say sorry because today is your birthday and your great life partner is with me. So naturally you must be jealous today. But I wish you all the best , wish you a happy life and very prosperous, peaceful future for you. All the best!,” said Modi.

Reciprocating Modi’s unusual gesture, Cornyn tweeted: “Thanks to Prime Minister Narendra Modi of India for coming to Houston along with President Donald Trump…”

The Prime Minister addressed the ‘Howdy Modi’ event, attended by a 50,000-strong Indian American audience, along with President Trump.

“The event was lively, showcasing the special features of Indian culture and accomplishments of the Indian diaspora,” Trump posted, along with pictures of the massive cheering crowd. 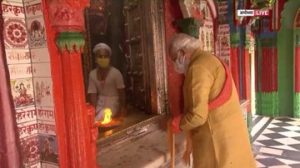