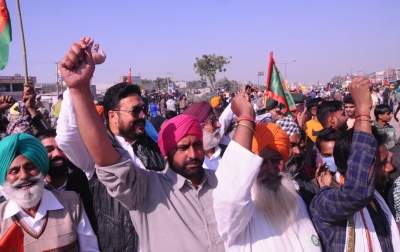 New Delhi/Washington (3 Min Read): In a clear attempt to polarise India, US Vice President Kamala Harris’ niece Meena Harris and some international celebrities with hardly any expertise on Indian affairs, on Wednesday extended their support to the Indian protesters agitating against the new farm laws.

The government in a strong reaction described them as part of “vested interest groups” and their support as “sensationalist social media hashtags and comments” which are “neither accurate nor responsible.”

A Twitter frenzy broke out on Wednesday when American pop singer Rihanna on Tuesday night posted a news link on India’s farmers’ protest and tweeted, “why aren’t we talking about this?!” It triggered widespread outrage from Indians questioning Rihanna’s credentials and knowledge about India’s internal matters.

why aren’t we talking about this?! #FarmersProtest https://t.co/obmIlXhK9S

This was followed by Greta Thunberg, the celebrity teenager famous for her environmental activism, tweeting, “We stand in solidarity with the #FarmersProtest in India.”

We stand in solidarity with the #FarmersProtest in India.
https://t.co/tqvR0oHgo0

Meena Harris on Wednesday morning participated in the coordinated attack on India. “It’s no coincidence that the world’s oldest democracy was attacked not even a month ago, and as we speak, the most populous democracy is under assault. This is related. We all should be outraged by India’s internet shutdowns and paramilitary violence against farmer protesters,” she tweeted.

It’s no coincidence that the world’s oldest democracy was attacked not even a month ago, and as we speak, the most populous democracy is under assault. This is related. We ALL should be outraged by India’s internet shutdowns and paramilitary violence against farmer protesters. https://t.co/yIvCWYQDD1 pic.twitter.com/DxWWhkemxW

Lebanese-American former pornographic actress Mia Khalifa also joined the bandwagon by posting a picture of Indian women protesters with a comment, “What in the human rights violations is going on?! They cut the internet around New Delhi?! #FarmersProtest”

What in the human rights violations is going on?! They cut the internet around New Delhi?! #FarmersProtest pic.twitter.com/a5ml1P2ikU

“Paid actors,” huh? Quite the casting director, I hope they’re not overlooked during awards season. I stand with the farmers. #FarmersProtest pic.twitter.com/moONj03tN0

While their tweets got hundreds of likes and retweets from around the world, thousands of Indians including Indian film star Kangana Ranaut trolled all of them.

In the meantime, the ministry of external affairs issued a statement lashing out at them. “Before rushing to comment on such matters, we would urge that the facts be ascertained, and a proper understanding of the issues at hand be undertaken. The temptation of sensationalist social media hashtags and comments, especially when resorted to by celebrities and others, is neither accurate nor responsible,” the statement said.

The Parliament of India, after a full debate and discussion, passed reformist legislation relating to the agricultural sector, the government explained. “These reforms give expanded market access and provided greater flexibility to farmers. They also pave the way for economically and ecologically sustainable farming.”

The government said that a very small section of farmers in parts of India has some reservations about these reforms. “Respecting the sentiments of the protesters, the Government of India has initiated a series of talks with their representatives. Union Ministers have been part of the negotiations, and eleven rounds of talks have already been held. The Government has even offered to keep the laws on hold, an offer iterated by no less than the Prime Minister of India.”

The ministry said, “Yet, it is unfortunate to see vested interest groups trying to enforce their agenda on these protests, and derail them. This was egregiously witnessed on January 26, India’s Republic Day. A cherished national commemoration, the anniversary of the inauguration of the Constitution of India, was besmirched, and violence and vandalism took place in the Indian capital.”

“Some of these vested interest groups have also tried to mobilise international support against India. Instigated by such fringe elements, Mahatma Gandhi statues have been desecrated in parts of the world. This is extremely disturbing for India and for civilised society everywhere,” the government said.

Indian police forces have handled these protests with utmost restraint. It may be noted that hundreds of men and women serving in the police have been physically attacked, and in some cases stabbed and seriously wounded.

“We would like to emphasise that these protests must be seen in the context of India’s democratic ethos and polity, and the efforts of the Government and the concerned farmer groups to resolve the impasse,” the government said. 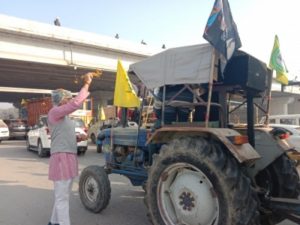 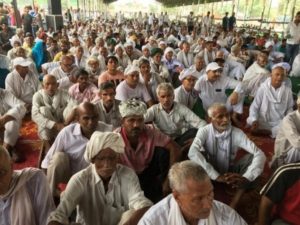 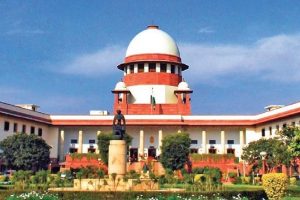