New Delhi | Delhi Police on Wednesday finally lodged an FIR against security guard of a Girl’s PG hostel who was caught molesting and assaulting a girl on camera in an inebriated condition in Central Delhi’s Karol Bagh.

“Since the complainant is completely against giving a statement, legal opinion was taken and as per legal opinion and in light of the video footage, an FIR is being registered suo motto by police in this matter,” a senior police official said.

On Tuesday, Delhi Commission for Women chief Swati Maliwal had written a letter to the Delhi Police asking why no action was taken in the matter.

The Delhi Commission for Women had issued notice to Delhi Police after taking suo-moto cognisance of a video posted on Twitter regarding molestation of girl in the Golds Villa PG, Karol Bagh.

A video was tweeted in which the security guard could be seen grabbing a woman and molesting her.

Earlier, a complaint was made to the owner but no action was taken. 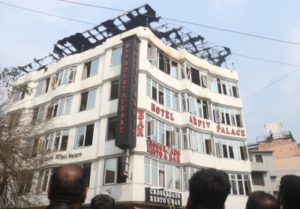 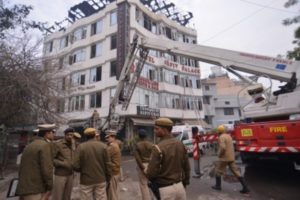