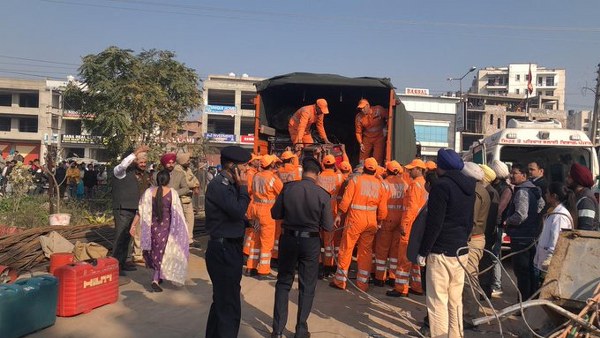 Chandigarh:  At least eight people are feared trapped as a three-storey building collapsed on the outskirts of the city in Punjab on Saturday, police said.

Anguished to learn of the collapse of a three-storeyed building in Kharar today with 2 people trapped. @NDRF, Fire Brigade & Mohali Admin are on the spot for immediate rescue and relief. Have asked DC Mohali @GirishDayalan to send a detailed report on what caused this collapse. pic.twitter.com/rkYri3HtAJ

A JCB was digging earth for making a basement of a hotel, developed by Ambika Greens, when suddenly the building caved in on the Kharar-Landran road in Kharar.

Subdivisional Magistrate Himanshu Jain told the media that at least seven to eight people are missing.