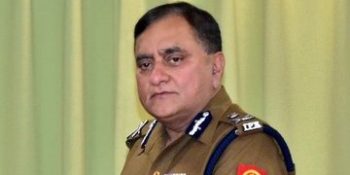 Lucknow: Two days after a Superintendent of Police in Hardoi pulled up a hotel official for allowing a woman employee to return home unaccompanied after a late night duty, the Uttar Pradesh Police have woken up to the need for ensuring safety of working women.

The state police have issued strict directions to commercial establishments to provide pick and drop facility to women employees on late night duty.

Director General of Police (DGP) O.P. Singh said it was the duty of the employers to ensure that women employees who work till late evening or during night hours reach home safely.

He said that the district police chiefs of all 75 districts had been asked to issue strict directions to commercial establishments like hotels, clothes shops, IT companies and other places where several women are employed.

The DGP admitted that the idea came after the Hardoi incident, where superintendent of police Alok Priyadarshi came across a young woman walking alone late in the evening and was stopped to enquire.

“On learning that she was an employee of a prominent hotel and was returning after a night shift, he walked with her to the hotel and confronted her employers, asking them to explain how they could be so callous on women safety,” he said.

The DGP said a meeting with commercial establishments would be conducted in every district to sensitize them towards the safety of women employees.

“We have issued detailed advisories to district police chiefs to ensure safety of women on roads. The district police chiefs have been asked to sensitize police personnel on night patrol as well as staff of police response vehicle of 112 (state police integrated emergency call centre) to ensure safety of women if they come across a woman travelling alone,” the DGP said.

He said the PRV personnel had been directed to drop the woman at her destination in case of emergency after analyzing the situation.

Uttar Pradesh has always scored low on women safety and the state has continuously figured poorly in various reports of National Crime Records Bureau (NCRB), especially on safety of women.

The state police have also decided to use the ‘Nirbhaya Fund’ to develop Lucknow as a ‘safe city’ for women.

Additional Directorate General Anju Gupta said that Rs 67.75 crore from the Nirbhaya Fund is being spent to check crimes against women in the city.

She said that a new building, which will act as an integrated smart control room of the police, is under construction under the ‘Safe City’ project and will be completed within the next six months.

She said that 1,500 cameras will also be installed at crime-prone spots.

“Nearly 110 Pink Patrol bikes which will be driven by women are being given under the Nirbhaya Fund. 100 Pink booths will be set up where women police will be deployed so that women can file complaint easily,” she said.

The move has come at a time when the nation is debating how to make it safer for women in the wake of gang rape and murder of a Hyderabad veterinarian. She was raped, murdered and burnt in Hyderabad on November 27. Protests are being held in various parts of the country demanding severest punishment to the culprit. 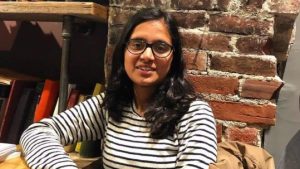