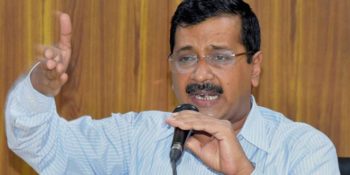 Speaking in the assembly during a discussion on the government resolution for full statehood, he said if the Centre did not allow Delhi to be a full state, the people here would tell the BJP to leave the national capital.

“Allow Delhi to be a full state before the 2019 general elections and we will ask people to vote for you (BJP) and each and every vote of Delhi will be for you, otherwise people of Delhi will say ‘BJP, leave Delhi’,” he said.

The resolution was passed without any opposition as the AAP enjoys a huge majority in the House.

He urged the people to fight for their “rights, future and development” and demand full state status for Delhi.

During his speech, he recalled the history of the city and recounted the names of the rulers who ruled over Delhi, and the last two names he took were of the present and the former Lt. Governors of Delhi.

“Between 2013-2016, Najeeb Jung ruled over Delhi and since then Anil Baijal is ruling. The nation got freedom, but Delhi is still ruled by the LG,” he said.

He also called the people of Delhi “half and second class citizens”, adding that their votes did not have any value.

During his address, he used the term “Maharaj” (king) several times for the LG.

Kejriwal accused the Centre of exploiting the people of Delhi.

“The people of Delhi want to ask Modi ji what happened to their promise of giving full statehood to Delhi, or it was also a ‘jumla’ just like all other promises?”

He also said that Delhi would replace the “LG rule” with “people’s rule”.

“If Delhi becomes a full state, I will start 100 colleges and every one will have a job and a house. The city will be better than London, New York and Tokyo.

“The Delhi government wants every citizen to have a home, but the LG refuses to give us land for it, because land is under him and we all know what goes on in land deals,” he added. 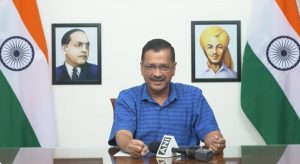 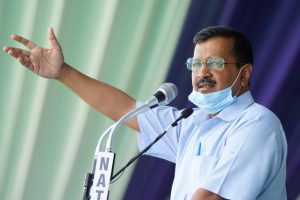