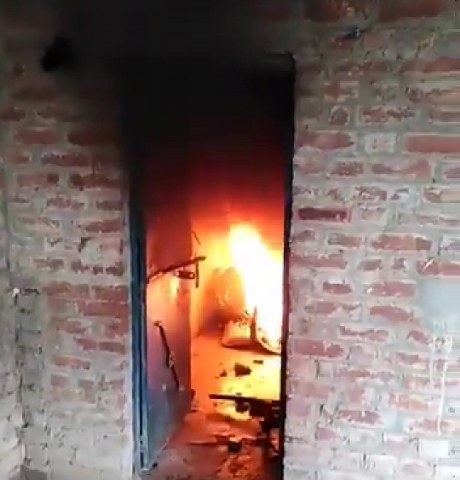 Fatehpur (Uttar Pradesh):  Violence erupted in Behta village in Fatehpur district on Tuesday after animal flesh was found in the village near a pond.

After residents claimed that cow slaughter had taken place in the village, and news spread, people from several villages collected and vandalised a madrassa and then set it on fire.

Senior officials rushed to the village and additional police force was called in to control the situation.

A case has been registered against Mushtaq and Munnu Shah, both of whom were absconding. Tension continues to prevail in the area and more forces have been kept on the standby, an officer said. 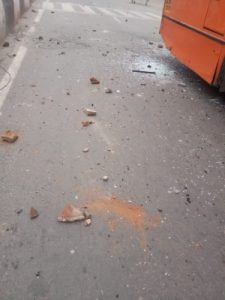 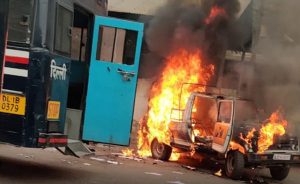