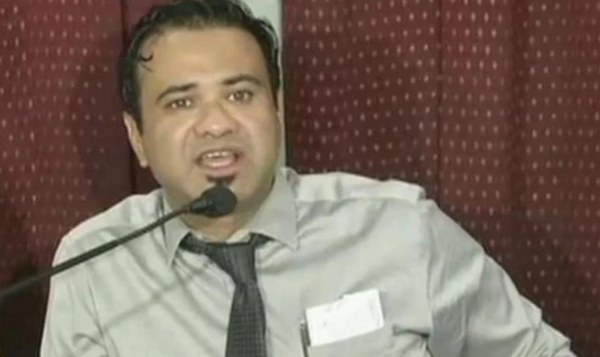 Bhopal:  Dr Kafeel Khan, who claims to have been a victim of government’s vendetta in the infamous 2017 saga of 70 children perishing for want of Oxygen in BRD Hospital Gorakhpur, plans to move the Allahabad High Court over “massacre” of kids.

The 2017 deaths attracted national attention as the government made crude attempts to find scapegoats for 70 children’s death after the hospital ran out of piped oxygen for want of payment to the contractor.

Children had been dying during previous years too.

Dr Kafeel Khan, initially emerged as a hero during the tragedy that shook the nation. But the authorities booked and suspended him for negligence and corruption. He claims the crisis was caused by the health authorities’ greed for 10 per cent commission in acquiring the cylinders.

He addressed newspersons in Bhopal on Tuesday to announce plans to move the Allahabad High Court to get justice for the deceased.

“The massacre happened just for 10 per cent commission. It is not a tragedy. It is a massacre, a man-made,” Dr Khan, said.

The contractor who supplied oxygen to the hospital had written 14 letters to various officials, including Chief Minister Yogi Adityanath for payment, but to no avail. It was just for getting 10 per cent commission from the oxygen supplier that the massacre took place, Dr Kafeel Khan claimed.

“I am moving Allahabad High Court shortly to get justice for the deceased and seek punishment for the culprits. I have immense respect for judiciary and the Constitution,” he said.

“Surprisingly even after the report of an inquiry conducted by a UP principal secretary was released recently, the responsibility for the deaths has not been fixed,” he said.

“In the PS’s report I have come out without a blemish. On August 13, 2017 Chief Minister Yogi Adityanath told me, ‘I will see you’. This is the second time I am facing suspension for my comments on social media”, said Dr Khan, who has been in jail for 9 months after the tragedy.

“I have been made the scapegoat. My wife has been tormented by law-enforcers when I was in jail. Eight more people have been victimized with me,” he said. The real culprits are being shielded, Dr Khan alleged.

“My brother was shot and injured by four bullets. They mistook him for me,” he alleged.

“Now my fight is to get justice for the 70 kids who perished. They were not members of one community. They were poor – Dalits, OBC and minorities,” he added.