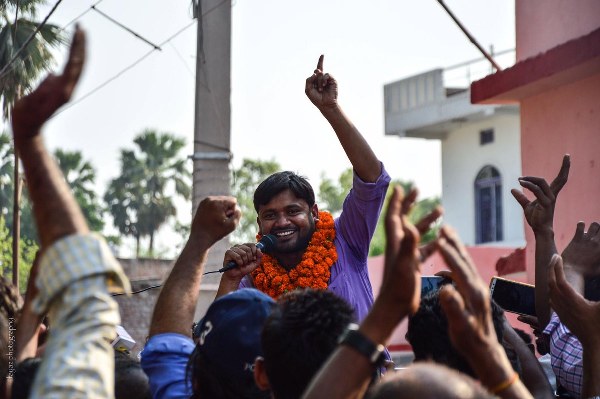 Patna: Former JNU student leader Kanhaiya Kumar, contesting as a CPI candidate from the Begusarai Lok Sabha seat in Bihar, has a doctorate but is unemployed. He has neither agricultural land nor a vehicle in his name and has earned Rs. 8.5 lakhs in two years through his writings, he has said in the affidavit filed along with his nomination papers.

Kanhaiya, who spoke against the ruling BJP-led NDA and its ideological agenda, has declared Rs. 8.5 lakh as his income for two years through freelance writing, appearing as a guest lecturer in different universities and the sale of his book “Bihar to Tihar”.

Unlike his two main rivals in Begusarai, Union Minister and Bharatiya Janata Party (BJP) leader Giriraj Singh and the RJD candidate Tanweer Hasan, Kanhaiya is much poorer as far as his movable and immovable assets are concerned.

He has mentioned one immovable asset – his ancestral property, a house in his native village of Bihat which stands on 1.5 decimal land and is valued at Rs. 2 lakh. His father is a farmer and mother, an anganwadi worker.

However, in a first of its kind experiment in Bihar, Kanhaiya Kumar says has raised Rs 70 lakh by crowd funding that he launched last month to raise money to contest the Lok Sabha polls.

Kanhaiya, 32, in his affidavit has admitted that there are five cases, including one relating to sedition, against him. Kanhaiya Kumar hit the national headlines when he was arrested in February 2016 and accused of sedition for allegedly doing nothing to prevent the raising of anti-India slogans on the JNU campus in Delhi.

Kanhaiya is the joint Left candidate and supported by several organisations, Left-liberal activists and Bollywood actors and theatre personalities.

The CPI had targeted the Rashtriya Janata Dal (RJD), a key player in the opposition Grand Alliance, directly blaming it for not backing Kanhaiya.

Begusarai will vote on April 29 in the fourth of the seven-phased poll. 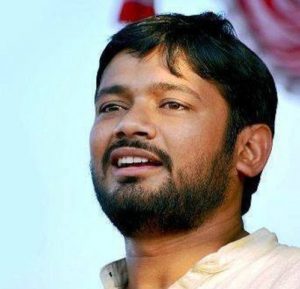 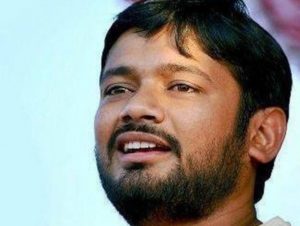