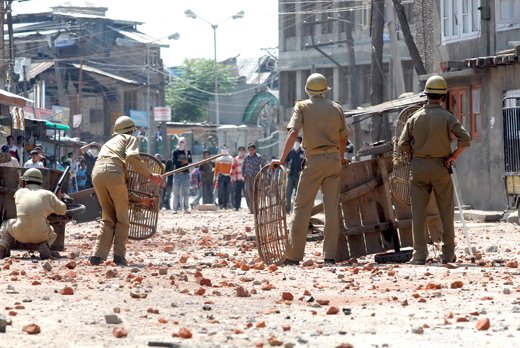 Srinagar (2 MIN READ): Eighty-three per cent of local youth who picked up weapons in the Kashmir Valley had a history of stone pelting and many don’t survive long after becoming terrorists, Commander of Sringar-based 15 Corps Lt General K.J.S. Dhillon said on Friday, appealing the mothers not to allow their children to take up arms. […] Srinagar :  A young man was shot dead during clashes between security forces and stone-pelters on Monday in Jammu and Kashmir’s Pulwama district after a massive search operation was launched in around two dozen villages, police said. Doctors at the S.M.H.S. Hospital here said Fayaz Ahmad Wani, who was critically injured in the street clashes, […]

Srinagar : The Indian Army on Saturday said it fired at a mob of stone-pelters killing three civilians in a south Kashmir village after “unidentified terrorists” hiding in the crowd opened fire at a patrol party causing injuries to some soldiers. Defence Ministry spokesman, Colonel Rajesh Kalia said in a statement that an area domination […]

Srinagar : The CRPF is all set to launch a special unit of over 800 women commandos to deal with stone-pelters, among which women are increasingly figuring, in Jammu and Kashmir from the middle of this month, say officials of the central paramilitary force. The Central Reserve Police Force (CRPF), handling internal security in Jammu […] 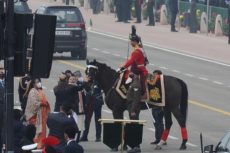