New Delhi | A Delhi Court on Tuesday upheld the conviction of Aam Aadmi Party (AAP) MLA Somnath Bharti relating to the assault of All India Institute of Medical Sciences (AIIMS) security staff in 2016. On January 23, Additional Chief Metropolitan Magistrate Ravindra Kumar Pandey had sentenced Bharti to two years of imprisonment and imposed a […] 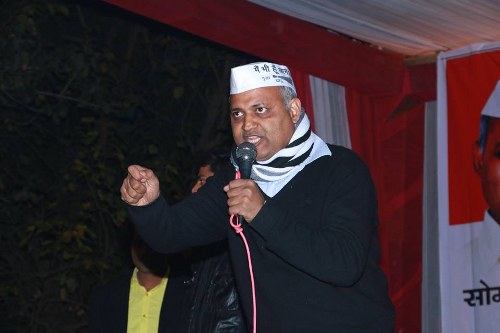 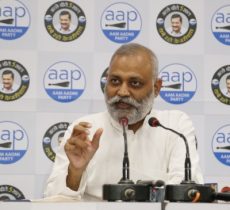 Rae Bareli (UP): Ink was thrown on Aam Aadmi Party (AAP) MLA Somnath Bharti here on Monday while he was going to inspect some government schools. Bharti was involved in a heated argument with police officials over his visit when an alleged right-wing activist threw ink on him. The AAP leader had reached Rae Bareli on […]

New Delhi :  The Noida Police on Wednesday booked AAP legislator and former Delhi Law minister Somnath Bharti for insulting and outraging the modesty of a woman journalist during a live debate, an officer said. The incident occurred on Tuesday during a live broadcast show on a news channel, when the woman journalist anchoring the […]