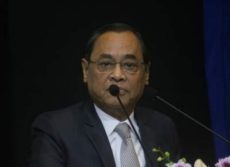 New Delhi: Former Chief Justice Ranjan Gogoi took oath as Rajya Sabha member on Thursday amid protest by Congress members and few other political parties. After taking oath, Justice (Retired) Gogoi accepted greetings of all the members present in the House saying “namaste” with folded hands. As soon as Chairman of the House M. Venkaiah […]

Guwahati/Agartala: Former Chief Justice of India Ranjan Gogoi, who was on Monday nominated to the Rajya Sabha by President Ram Nath Kovind, said on Tuesday that “his presence in the Parliament would be an opportunity to underscore the viewpoint of the judiciary before the legislature and vice-versa”. Gogoi, who retired in November last year after […] 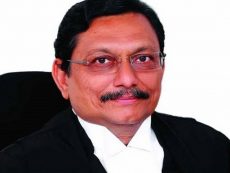 New Delhi: Chief Justice of India Ranjan Gogoi on Friday recommended second senior-most judge Justice S.A. Bobde as his successor. Sources said CJI Gogoi wrote a letter to the Ministry of Law and Justice recommending second senior-most judge Justice Bobde to be the next chief justice. As per Memorandum of Procedure, which governs the appointment […]

New Delhi: Tempers rose inside the Supreme Court chambers on Wednesday — the final day of hearing in the Ayodhya title dispute case, as the Muslim side tore into shreds a document submitted by the Hindu side, right in front of the five-judge bench headed by Chief Justice Ranjan Gogoi. Prompting a stern reaction from […]

New Delhi: The hearing in Ayodhya title dispute case is likely to end on October 16 instead of October 17, with Chief Justice Ranjan Gogoi hinting that the argument in the 70-year-old dispute will come to an end on Wednesday itself. On the final day of the hearing, the Chief Justice has allocated initial 45 […]

New Delhi: The Supreme Court on Friday expressed its dissatisfaction over the counsels not adhering to the agreed time frame to wrap up arguments in the Ayodhya title dispute. Chief Justice Ranjan Gogoi said in a huff, while senior advocate Shekhar Naphade appearing for a Muslim party was arguing, “Things are not going as per […]

New Delhi (1 MIN READ): The Supreme Court on Friday ordered day-to-day hearing on the Ayodhya dispute from August 6 as a committee appointed to mediate the vexed issue failed to reach any conclusion. In a packed courtroom, a Constitution bench headed by Chief Justice Ranjan Gogoi said: “The mediation has not resulted in a final […]

New Delhi (2 MIN READ):  Chief Justice Ranjan Gogoi has permitted the Central Bureau of Investigation (CBI) to register a case against S.N. Shukla, a judge of the Allahabad High Court, for his alleged role in a medical admission scam. Justice Shukla has become the first sitting High Court judge to be investigated — after […] 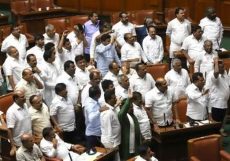 New Delhi:  The Supreme Court on Tuesday adjourned the hearing on a plea seeking direction to conduct the trust vote in the Karnataka Assembly immediately. A bench headed by Chief Justice Ranjan Gogoi said that it will hear the matter on Wednesday after Senior Advocate Abhishek Manu Singhvi, who is representing Karnataka Speaker K.R. Ramesh […]