Srinagar: Three Jaish-e-Mohammed (JeM) militants, including a top commander, were killed in an encounter with security forces at Kangan village of south Kashmir’s Pulwama district on Wednesday, officials said. A soldier is reported injured in the gun battle. A joint team of Army, police and CRPF cordoned off the village on a specific intelligence input about […] 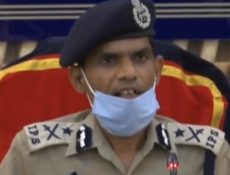 Srinagar: A group of Hizbul and Jaish terrorists planted a 40 to 45 kg IED on their car to target security forces, IG Kashmir Vijay Kumar said in a press conference in Srinagar on Thursday. He said the attacker jumped two check points before abandoning his vehicle and fleeing from the spot. “We had put up […] 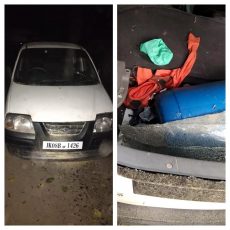 Srinagar: A major terror plot was averted in Jammu and Kashmir after the security forces recovered a car laden with an Improvised Explosive Device (IED) in South Kashmir’s Pulwama district. The explosive laden car was said to be placed at a strategic location to target a security forces convoy or a defence installation. The explosive […] 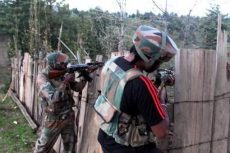 Srinagar: One policeman got martyred and another injured after terrorists attacked a joint party of Jammu & Kashmir Police and CRPF in south Kashmir’s Pulwama district on Thursday afternoon, officials said. According to details terrorists attacked the joint team of police and 182 bn of CRPF at Sirnou crossing in Pulwama resulting in the injuries to […]

Srinagar: Two terrorists were killed in an encounter between security forces and terrorists in Pulwama in south Kashmir on Saturday. IG Kashmir Vijay Kumar told IANS that the bodies of both the terrorists were recovered after the debris was cleared. Earlier, based on a specific intelligence input, a cordon and search operation (CASO) was launched […] 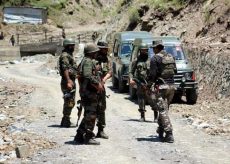 Srinagar: The Central Reserve Police Force (CRPF) will pay homage on Friday here by dedicating a martyr’s column to the memory of the jawans who were martyred in a suicide attack in Jammu and Kashmir’s Pulwama district last year. In the terror attack, 40 CRPF men were killed after a Jaish-e-Mohammed suicide bomber attacked their […]

Jammu: The driver of the truck transporting three foreign militants which was intercepted by police at Nagrota on the outskirts of Jammu on Friday morning has been identified as Sameer Dar, a cousin of Pulwama attack suicide bomber Adil Dar. Three Jaish-e-Mohammed militants were killed and a policeman sustained injuries in the encounter after the truck […]

Srinagar: Three militants were killed in an encounter with the security forces at Gulshan pora in Tral in south Kashmir on Sunday. The militants have been identified as Umar Fayaz Lone alias Hamad Khan, Adil Bashir Mir alias Abu Dujana and Faizan Hamid — all belonging to Tral. While Umar and Adil were in touch […]

Srinagar: Militants opened fire on the patrol party of the security forces at Drubgaon area of Pulwama district of South Kashmir on Tuesday, a report said. However, there are no reports of any injuries as yet. The area has been cordoned off and search operation is underway. More reinforcements of the security forces have been […]

New Delhi: Pakistan-based terrorist outfit Jaish-e-Mohammed was planning to carry out ‘fidayeen’ attacks at several places in India, including Delhi and NCR, similar to the February 14 Pulwama attack in Jammu and Kashmir that left 40 Central Reserve Police Force (CRPF) personnel dead, the National Investigation Agency’s chargesheet said on Monday. In its chargesheet filed […]