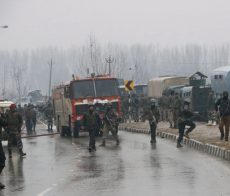 New Delhi: Over a year after the Pulwama terror attack, the National Investigation Agency (NIA) arrested two more persons, including the youth who purchased the chemicals on the Amazon shopping website to prepare the Improvised Explosive Devices (IEDs) used in the suicide attack that killed 40 Central Police Reserve Force (CRPF) troopers. An NIA spokesperson said […]

Srinagar: Four days after the National Investigation Agency made a major breakthrough in the Pulwama terror attack case over a year after the bombing, arresting one person who had sheltered the suicide bomber Adil Ahmad Dar, the NIA on Tuesday arrested two more people in the case – a father-daughter duo – who had also provided […] Srinagar: Four days after the National Investigation Agency made a major breakthrough in the Pulwama terror attack case over a year after the bombing, arresting one person who provided shelter to the suicide bomber Adil Ahmad Dar, the NIA on Tuesday arrested two more people in the case, sources said. An NIA source related to […]

New Delhi: After the Pulwama attack accused got bail, the Congress here on Thursday slammed the National Investigation Agency (NIA) for its lacklustre approach to the case and said it was an insult to the Pulwama martyrs. “Shocked to know that the Pulwama accused got bail because the NIA is so busy that it failed to […]

New Delhi:  As the nation on Friday commemorated the 40 CRPF men martyred in Pulwama in Jammu and Kashmir a year ago, the Congress lashed out at the BJP government alleging that the saffron party has been politicising the issue of the martyred troopers and has forgotten the families of the slain jawans. The Congress […] 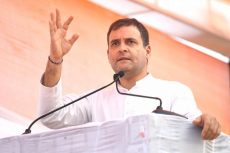 New Delhi: Even as the nation commemorated the 40 CRPF men martyred in Pulwama in Jammu and Kashmir a year ago, Congress leader Rahul Gandhi on Friday asked who benefited from the terror attack. The BJP hit back, claiming that he had given a “clean chit” to Pakistan in the case. Rahul Gandhi tweeted: “Today, […]

Srinagar: The CRPF on Friday remembered the first death anniversary of 40 CRPF jawans martyred in a terror attack in Jammu and Kashmir’s Pulwama district. “WE DID NOT FORGET, WE DID NOT FORGIVE: We salute our brothers who sacrificed their lives in the service of the nation in Pulwama. Indebted, we stand with the families […]

New Delhi: Pakistan-based terrorist outfit Jaish-e-Mohammed was planning to carry out ‘fidayeen’ attacks at several places in India, including Delhi and NCR, similar to the February 14 Pulwama attack in Jammu and Kashmir that left 40 Central Reserve Police Force (CRPF) personnel dead, the National Investigation Agency’s chargesheet said on Monday. In its chargesheet filed […] 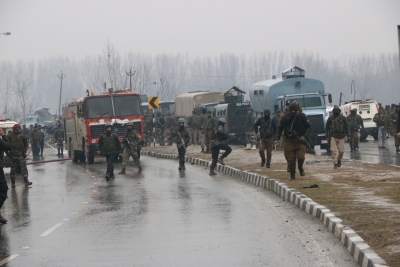 New Delhi:  The Government on Wednesday dismissed reports that Pulwama terror attack that killed 40 CRPF personnel on February 14 was due to intelligence failure. In a written reply to a question in the Rajya Sabha, Minister of State for Home Affairs G Kishan Reddy said a large number of terrorists in J&K have been […]

New Delhi: Getting a new life after surviving the Pulwama terror attack was okay but to feed a paralysed child was really a “satisfactory moment”, said CRPF’s Head Constable Iqbal Singh, after a video of him feeding the hungry child on a Srinagar street went viral on social media on Tuesday. The 44-year-old Sikh trooper […]