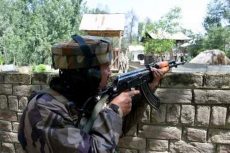 Srinagar: An SPO and a civilian were killed in a militant attack in Jammu and Kashmir’s Sopore town on Wednesday evening, sources said. Sources said militants opened fire on the unarmed Special Police Officer (SPO) when he had gone to a mobile phone shop in Warpora area, killing him and the shop keeper at the […]

Kashmir: Militants targeted non-local truck drivers in Chitragam Zainapora of Shopian district in South Kashmir killing two truckers, sources said here on Thursday. Two more narrowly escaped after they abandoned their trucks and fled. The truckers were from Hoshiarpur, Punjab. This is the second such incident in the state in less than a month. A […]

Shopian (J&K):  One fruit merchant was killed and another injured after militants fired upon them at Trenz village in Shopian district of Jammu and Kashmir, the police said on Wednesday. The injured has been admitted to the hospital. The fruit merchant belonged to Punjab. This is the second incident on Wednesday when ‘non-Kashmiris’ were targeted […] 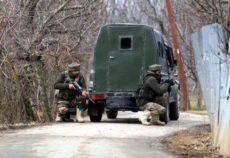 Srinagar: Five Central Reserve Police Force (CRPF) troopers and one militant were killed while four others, including one civilian and three security men, were injured following a gunfight in Jammu and Kashmir’s Anantnag district on Wednesday. Among the slain CRPF troopers, two were of Assistant Sub Inspector (ASI) rank. Police sources said that three masked […] 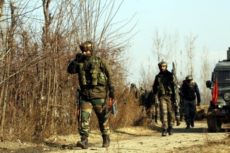 Srinagar:  A Central Reserve Police Force (CRPF) trooper was killed and six, including five security personnel and a civilian, were injured in a militant attack in Jammu and Kashmir’s Anantnag district on Wednesday afternoon. Police sources said two masked militants in a car attacked a joint party of local police and the CRPF in K.P.Road […]

Srinagar : At least eight CRPF troopers were martyred on Thursday when militants detonated an improvised explosive device (IED) and opened fire at their vehicle on the Srinagar-Jammu highway in Jammu and Kashmir’s Pulwama district, police sources said. The audacious attack took place at Lechpora, about 30 km from Srinagar. The sources said the death […] 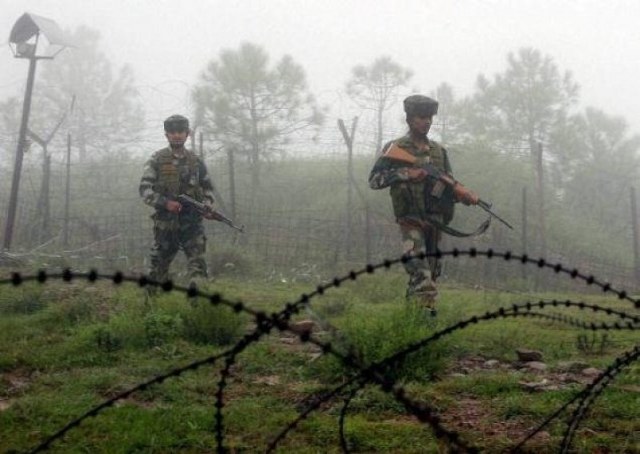 Srinagar :  A Central Reserve Police Force (CRPF) trooper was martyred on Sunday when militants opened fire at a CRPF camp in Pulwama district. Police sources said militants fired at the CRPF camp near the railway station in Kakapora area of Pulwama district in south Kashmir. “Guards at the camp retaliated after which the militants […]

Srinagar : A Central Industrial Security Force (CISF) officer got martyred in a militant attack on Srinagar’s outskirts, police said on Saturday. “Assistant Sub-Inspector Rajendra Prasad sustained serious bullet injuries on the intervening night of Friday-Saturday during a standoff fire by terrorists at the grid Station Wagoora in Nowgam area,” a police spokesperson said.   […]

Srinagar :  A woman was killed on Friday when militants attacked an Army camp in Jammu and Kashmir’s Pulwama district. Police said militants hurled a grenade at the Shadimarg camp in the evening. “This was followed by firing from the militants. Troops at the camp fired back,” a police officer said. “A woman sustained a […]

Srinagar : A policeman was martyred on Sunday during a militant attack on a police station in Jammu and Kashmir’s Shopian district, authorities said. The station came under attack early Sunday morning after the militants hurled a grenade and then fired indiscriminately at the station’s guard post before escaping, according to police sources. “A constable […]