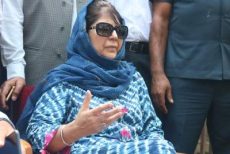 New Delhi: The Supreme Court on Wednesday sought response from the Jammu and Kashmir administration on a plea by Iltija Mufti, daughter of former chief minister Mehbooba Mufti, challenging the detention of her mother under the Public Safety Act (PSA). A bench headed by Justice Arun Mishra asked Iltija to give an undertaking to bring on […]

Srinagar: Iltija Mufti, the daughter of former J&K Chief Minister Mehbooba Mufti, who operates her mother’s twitter account has hit out at the Modi government. In a tweet, Iltija talked about US President Donald Trump’s India visit and wrote about the anti-CAA violence in Delhi and the rights of Kashmiris. She alleged that Mahatma Gandhi’s […] 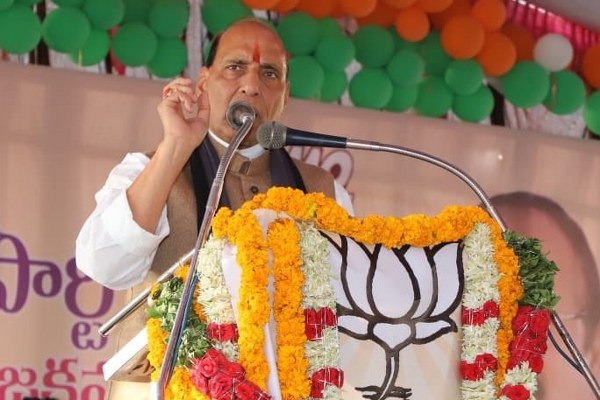 New Delhi: Iltija Mufti, daughter of detained former Jammu & Kashmir Chief Minister Mehbooba Mufti, on Tuesday said she is not yet ready to join politics. Speaking at the Indian Women’s Press Corps here, Iltija said she doesn’t think she will be a good politician. She said her mother wants to keep a check on what […]

Srinagar: After the recent detention of former chief ministers – Omar Abdullah and Mehbooba Mufti under Public Safety Act (PSA, it is time for other leaders to decide whether they can wait long enough to allow the National Conference (NC) and the Peoples Democratic Party (PDP) to vanish from the political arena of Jammu and […]

Srinagar: The dossier citing grounds for slapping the Public Safety Act (PSA) on former Chief Minister Mehbooba Mufti says she is known as hard-headed scheming person and for actions, like glorifying militants in her speeches and creating fears among the majority population, based on cheap politics. The dossier, accessed by IANS, says the Peoples Democratic […]

Srinagar:  A six-page dossier listing the grounds for the detention of former Chief Minister Mehbooba Mufti says she was working with separatists, according to sources. The dossier mentions Mufti’s tweets prior to the revocation of Article 370, on lynching and highway blockade, among others. According to sources, it also talks about the Peoples Democratic Party’s […] 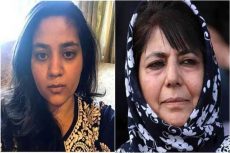 Srinagar: Iltija Mufti, daughter of former J&K Chief Minister Mehbooba Mufti, has revealed how she hand her mother exchanged letters post abrogation of Article 370 with restrictions placed on them. She has also launched a scathing attack on the government for slapping stringent provisions of the Public Safety Act (PSA) on her mother and National […]