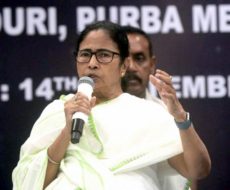 Kolkata | The police on Tuesday arrested a YouTuber for creating memes targeting Chief Minister Mamata Banerjee. The arrested person has been identified as Tuhin Mondal (30), whose mobile phone has also been confiscated by the police. The arrest was made based on a complaint filed by a person named Sagar Das. It is learnt that […]

Kolkata | A trespasser, who reportedly entered the residence of West Bengal Chief Minister, Mamata Banerjee in South Kolkata after climbing up the boundary walls on late Saturday and was hiding inside the house for the whole night. He was nabbed by the security personnel on Sunday morning. He was handed over to the local Kalighat […]

Kolkata | A new round of confrontation between West Bengal Governor Jagdeep Dhankhar and the Mamata Banerejee government seem to be looming after the state cabinet on Thursday decided to have Chief Minister as the Chancellor of all state universities instead of the Governor. This is for the first time that the state government has taken […] 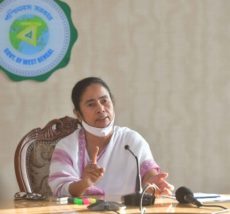 Kolkata | West Bengal Chief Minister Mamata Banerjee on Thursday announced some good news for the 422 persons from the state who returned from war-torn Ukraine, including 419 students. “With limited scope and abilities, we are making special provisions for all Ukraine-returned citizens from our state, though the Union government has shown an indifferent approach […]

Lucknow | Trinamool Congress chief and West Bengal Chief Minister Mamata Banerjee will arrive in Lucknow on Monday on a two-day visit to support Samajwadi Party (SP) President Akhilesh Yadav for the upcoming Uttar Pradesh Assembly elections. According to sources, the Chief Minister is expected to reach the party office in Lucknow at about 5 p.m., […] 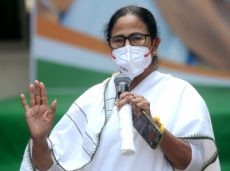 Mumbai | A Mumbai court on Wednesday directed West Bengal Chief Minister Mamata Banerjee to appear before it on March 2 in connection with a case lodged against her by a Bharatiya Janata Party functionary. BJP Mumbai secretary Adv Vivekanand Gupta had filed a complaint with the Magistrate Court, Mazagaon, seeking a first information report against […]

Kolkata | A day when Trinamool Congress leader in the Parliament formally told President Ram Nath Kovind to remove West Bengal Governor, Chief Minister Mamata Banerjee told in a press conference that she has blocked Dhankhar’s twitter account making is clear that the ruling party will not leave any stones unturned in their battle against the […] 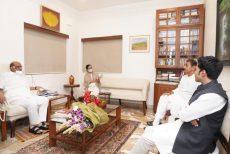 Mumbai | Taking a broad swipe at the Congress, West Bengal Chief Minister Mamata Banerjee on Wednesday said that there is no UPA left now but called upon all the like-minded Opposition parties to unitedly fight the Bharatiya Janata Party in the 2024 Lok Sabha elections. At her much-anticipated meeting with Nationalist Congress Party President Sharad […]