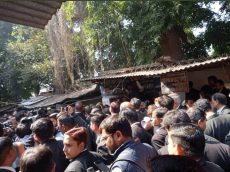 Lucknow: A bomb explosion took place at a Lucknow court on Thursday, leaving one person seriously injured while two others suffered minor injuries. The explosion took place in the Lucknow Collectorate near the District Magistrate’s office. According to sources, the bomb attack was a result of a dispute between two groups of lawyers. The bomb […] 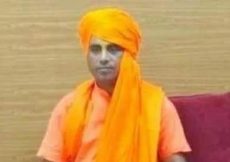 Lucknow: The Uttar Pradesh Police on Wednesday detained four persons in connection with the murder of Akhil Bhartiya Hindu Mahasabha (ABHM) president Ranjit Bachchan. According to sources, the four individuals were detained by the Special Task Force of the Lucknow Police from Gorakhpur and Rae Bareli. Ranjiyt Bachchan was shot dead on Sunday morning by […]

Lucknow: A civil engineer has been arrested by the Lucknow police on Monday night for threatening to shoot protesters at the Clock Tower where an anti-CAA agitation is on. The accused Shravan Sharma, 24, a resident of Thakurganj, who works with a private firm in Chinhat area, was arrested from Thakurganj area of Lucknow. In […]

Lucknow: The state president of Akhil Bhartiya Hindu Mahasabha was shot dead near the Chhattar Manzil on Sunday morning here. He has been identified as Ranjit Srivastava. However, the police said, he was not Srivastava, but was Yadav. In October, another right wing leader, Kamlesh Tiwari, had been shot dead in his office in Lucknow. […]

Lucknow: Sibtain Sadiq, son of renowned Shia cleric Maulana Kalbe Sadiq, has been booked on charges of violation of Section 144 and rioting by the Thakurganj police, along with nine named and over 100 unnamed protesters at Lucknow’s Clock Tower. Maulana Kalbe Sadiq had visited the Clock Tower on Friday to announce his support to the […] 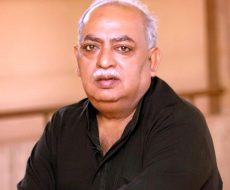 Lucknow: Well known Urdu poet Munawwar Rana, whose two daughters have been booked for participating in the on-going protest against Citizenship Amendment Act (CAA) in Lucknow, has now accused Union Home Minister, Amit Shah, of violating prohibitory orders. “My daughters Sumaiya and Fauzia have been booked for violating prohibitory orders but what about Amit Shah […]

Lucknow: Union Home Minister Amit Shah on Tuesday launched a blistering attack on the opposition and dared it to protest as much as they can for the Modi government will not take back the Citizenship Amendment Act (CAA). Shah dared Rahul Gandhi, Mayawati, Mamata Banerjee, Akhilesh Yadav to a public debate on CAA and said that […]

Lucknow: Tina Yadav, the 14-year-old daughter of Samajwadi Party chief Akhilesh Yadav, was seen participating in an anti-CAA rally here a few days back. Tina reached the Clock Tower on Sunday, where hundreds of women were sitting on protest against the citizenship laws, and spent time talking to the women. She was accompanied by her […]

Lucknow: Apparently taken aback by the flak that the UP Police faced on the social media for taking away blankets and food of the protesters at the Clock Tower in Lucknow, the police denied the allegations but admitted that the ‘blankets were seized after due process.’ Dismissing the allegations in a statement, Lucknow police on […]