Jaipur: A girl studying in class VIII allegedly beat her classmate to death after a fight over a pen in their classroom in Chaksu, near here, police said on Saturday. Additional Police Commissioner Ashok Gupta said Payal, a student of Class VIII, went missing on Wednesday and the next day, her body was found near an […] 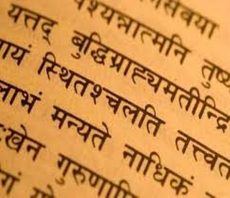 Jaipur: At a time when the interest in the classical language of Sanskrit seems to be declining in the country, a school here stands out. That’s not only because it teaches Sanskrit and is attracting a large number of students, but also because the majority of them belong to the Muslim community. In fact, 80 per […] 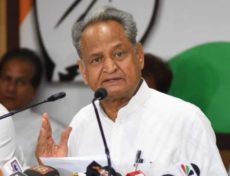 Jaipur: As the Maharashtra Assembly’s term ends on November 9 and the standoff between BJP and Shiv Sena continues over government formation, 34 Congress MLAs landed in Congress-ruled Rajasthan where there is lesser threat of the MLAs being poached. Speaking on the issue with IANS, Rajasthan Chief Minister Ashok Gehlot said, “We have had to bring […] 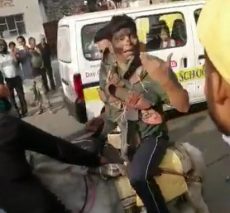 Jaipur: In a shocking incident, BSP workers on Tuesday blackened the faces of the party’s national coordinator Ram Gautam and Rajasthan in-charge Sita Ram Sila, and paraded them on donkeys with garlands of shoes and slippers around their necks in front of the state party headquarters here. A video of the incident has gone viral […] 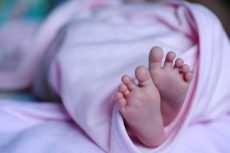 Jaipur: A woman in Rajasthan gave birth to quintuplets in a Jaipur hospital on Saturday. While one of the baby was declared born dead, other infant was kept on the ventilator and the rest of the three kids were also kept under observation, said Lata Rajoriya, Superintendent, Janana Hospital. “One Ruksana (25) was admitted in the […]

Jaipur:  A woman who immolated herself on Sunday, protesting the inaction of police on her rape complaint, died on Monday at SMS Hospital, officials said. The incident ocurred at Vaishali Nagar police station, police said, adding a police team tried to douse the fire and admitted her in SMS Hospital where she succumbed on Monday, […] 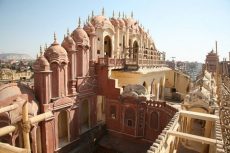 Jaipur: ‘Pink City’ Jaipur on Saturday made an official entry in the list of the UNESCO World Heritage sites and leaders across the political spectrum welcomed the signal honour to the historical city. The UNESCO shared the announcement on Twitter. “Just inscribed as @UNESCO #WorldHeritage Site: Jaipur City in Rajasthan, #India. Bravo,” the UN body […]

Jaipur: Tension prevailed here after a group of people surrounded a police station and vandalized several cars to protest the rape of a seven-year-old girl, officials said on Tuesday. Police said the girl was taken to an isolated place on Monday by a man who identified himself as her father’s friend. After raping her, he […]

Jaipur: A Georgian An-12 cargo aircraft was forced by IAF jets to land at Jaipur airport on Friday after it created alarm by entering Indian air space from an unscheduled point in north Gujarat, official sources said. The aircraft, belonging to Ukrainian company MotorSich, was heading for Delhi from Karachi when it deviated from its […]