New Delhi | The Delhi government is likely to complete the installation of the much-awaited smog tower at Connaught Place area by June this year, sources told IANS. The direction in this regard came during a review meeting chaired by Delhi Environment Minister Gopal Rai at his office on Friday. During the meeting, the minister directed […] 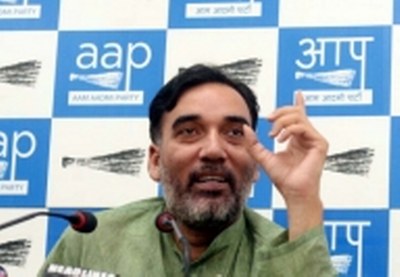 New Delhi: The Delhi government, here on Monday, announced another Rs 5,000 financial assistance for construction workers in the city to help them tide over the extended lockdown. The decision was taken at a meeting of the Delhi Building and Other Construction Workers Welfare Board, headed by Labour Minister Gopal Rai. [email protected] सरकार ने दिल्ली […]

Arvind Kejriwal with his cabinet colleagues (Image Tweeted By AAP) 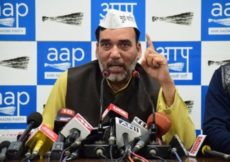 New Delhi:  A day after being routed in the Lok Sabha contest, Delhi’s ruling AAP on Friday said there is no alternative to Chief Minister Arvind Kejriwal in Delhi and said the party will win the Assembly elections due in February without any alliance. Speaking to the media, AAP leader Gopal Rai said the Aam […]

New Delhi: Giving another chance to the Congress to forge an alliance in Delhi, the Aam Aadmi Party (AAP) on Friday postponed till next week the filing of nomination of three of its Lok Sabha candidates. AAP candidates for Chandni Chowk, North West and East Delhi Lok Sabha seats — Pankaj Gupta, Gugan Singh and […]

New Delhi: Accusing the Congress of suffering from “ego” issues and “inflated arrogance”, Delhi’s ruling AAP on Tuesday it will not waste any more time to sew an alliance with the grand old party. Aam Aadmi Party (AAP) leader Gopal Rai told the media that the Congress was not interested in saving the country. “It […] 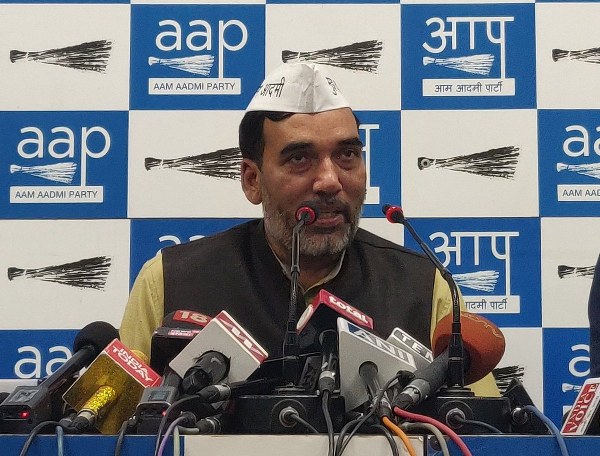 New Delhi | The Aam Aadmi Party will launch its full statehood movement for Delhi from March 10. Speaking to the media, AAP leader Gopal Rai on Tuesday said the party had decided to launch the movement from March 1 but now it will start from March 10 with 1,000 teams across the city. He […]

New Delhi: Amidst strong speculation that the Congress and the Aam Aadmi Party (AAP) could tie up for the Lok Sabha elections, the AAP on Saturday announced the names of candidates for six of the seven parliamentary constituencies in the national capital. AAP’s Delhi Convenor Gopal Rai said the party was yet to take a […]

New Delhi :  The Aam Aadmi Party, which has been giving mixed signals on the chances of an alliance with the Congress, on Friday finally ruled out any such possibility in Delhi, Haryana and Punjab, saying the Congress is not thinking for the nation. Speaking to the media, AAP leader Gopal Rai said the party […]