Ghazipur (Uttar Pradesh) | A 22-day old baby girl was found abandoned in a wooden box floating in the Ganga river in Ghazipur district on Wednesday. Chief Minister Yogi Adityanath has announced that the Uttar Pradesh government will take the full responsibility of the child and will ensure its proper upbringing. According to reports, a boatmen […] Patna | The National Human Rights Commission on Thursday served notice to Bihar, Uttar Pradesh and the Union Water Resource Ministry after hundreds of dead bodies were found in the Ganga river in Bihar’s Buxar, and Uttar Pradesh’s Ghazipur and Ballia districts. The commission has asked them to submit their response in four weeks. As many […] 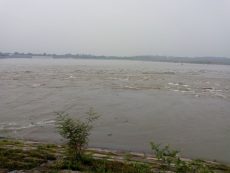 New Delhi: A study by the Indian Institute of Technology-Kanpur (IIT-K) carried out during the Covid-19 pandemic has shown that the lockdown ensured at least 50 per cent reduction in chemical concentration in the Ganga river. The study was conducted by a team of scientists from IIT-K to ascertain the impact of restricted anthropogenic activities on […] 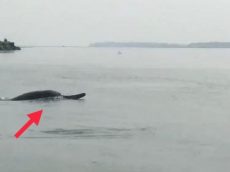 Lucknow: After flamingos in Mumbai, ‘nilgai’ in Noida, now rare sightings of dolphins were made in Uttar Pradesh’s Meerut city — with nature reclaiming its space amid the lockdown. A video clip of Ganges River Dolphin, an endangered freshwater dolphin breed, enjoying in the Ganga river in Meerut is going viral and taking internet by […] 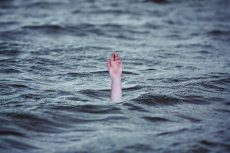 Bhadohi (Uttar Pradesh): In a shocking incident on Sunday, a woman threw her five children into the Ganga river in Jeghangirabad in Uttar Pradesh’s Bhadohi district. As soon as the police were informed, senior police officials reached the spot and divers were pressed into service to locate the children. The woman has been arrested and […] 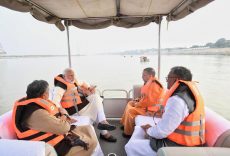 Kanpur: Prime Minister Narendra Modi here on Saturday reviewed the progress of the Namami Gange project at the first National Ganga Council (NGC) meeting and got a first-hand experience of the programme’s impact on the river. He also took a 45-minute boat ride, reviewed the work on now closed Sisamau nala and visited the selfie point […]

Varanasi: Blood of illegally slaughtered animals is now flowing into the Varuna River in Varanasi, giving it a crimson colour at some places. This has been confirmed by a panel of the National Green Tribunal (NGT). The NGT-constituted Eastern UP Rivers and Water Reservoirs Monitoring Committee (EWP-RWRMC) had taken note of the ‘red water’ during […]

Kolkata: A Kolkata-based magician, who attempted an underwater escape trick like legendary magician Harry Houdini, is feared to have drowned in the Ganga as his body could not be found till Monday afternoon, police said. Chanchal Lahiri, who goes by the stage name of ‘Jadukar Mandrake’, was on Sunday reportedly lowered into the river from […]

Kanpur | Kanpur authorities have ordered the “immediate shutdown” of 91 leather tanneries in the city that were offloading their waste in the Ganga river, causing widespread water pollution, an official said on Tuesday. The crackdown comes days before the start of the Kumbh Mela in Prayagraj from January 14. “The idea is to ensure […]