Nagpur | In a major development, at least 26 Maoists were killed during a fierce encounter with Maharashtra Police in the deep forests near Dhanora in Gadchiroli district, Gadchiroli Superintendent of Police Ankit Goyal said. “Around 26 Naxals have been eliminated in the encounter at multiple locations by several security forces in the region. Three security […] 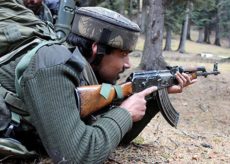 Nagpur | In a major development, at least 10 Maoists were killed during a fierce encounter with the Maharashtra Police in the deep forests near Dhanora in Gadchiroli district, official sources said here on Saturday. The gun-battle which started in the early hours of Saturday, was continuing till afternoon with at least 10 fatalities among the […]

Gadchiroli (Maharashtra) | At least 13 Maoists are reported to have been killed by security forces in a fierce gunbattle in the forests near Etapally, officials said here on Friday. The encounter, which started earlier in the day in the Paydi-Kotmi jungles, may have resulted in more Maoist casualties or fatalities, as the firing has continued […]

Nagpur | At least five Maoists, including two women were gunned down after two encounters with the security forces in the deep forests of Khobramendha in Gadchiroli, officials said here on Monday. The first encounter took place when the Gadchiroli Police’s C-60 Commandos team was engaged in a search and combing operation on Saturday morning, culminating […]

Gadchiroli (Maharashtra): In a major victory for the security forces, a crack team of commandos gunned down five Maoists, including three women, after coming under attack in the thick forests of Maharashtra’s Gadchiroli early on Sunday, officials said. Around 4 a.m., Maoists opened fire on a police patrol, conducting a search operation in the forests of […] 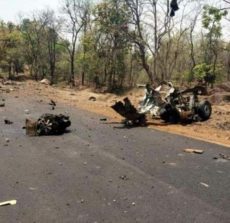 Gadchiroli (Maharashtra): A day after carrying out a blast which killed 15 C-60 force troopers, Maoist groups in Gadchiroli district issued warnings to the state government against implementing its infrastructure schemes in the region, official sources said here on Thursday. Banners painted with the threats came up overnight in several villages and their outskirts virtually […]

Gadchiroli (Maharashtra):  Maharashtra’s Gadchiroli district and surroundings have been the hotbed of Maoist activities for several decades. In the past 10 years, the rebels have attacked security forces and civilians several times. A Timeline: FEB. 01, 2009: Maoists ambush a police patrol, killing 15 personnel, in the forests near Morke village in the Dhanora sub-district. […]

New Delhi: Prime Minister Narendra Modi on Wednesday strongly condemned the dastardly Naxal attack in Gadchiroli district of Maharashtra in which 15 police commandos were killed, saying those responsible will not be spared even as the Congress party slammed the Centre for “failing to secure the country”. “Strongly condemn the despicable attack on our security […]

Gadchiroli (Maharashtra):  Maoists struck in a big way in Maharashtra’s Gadchiroli on Wednesday, killing 15 police commandos and a civilian in a land mine blast. The attack came as the state was celebrating its Foundation Day. The vehicle carrying the elite C-60 commandos of the Maharashtra Police was blown up in Kurkheda area around 12.30 […] 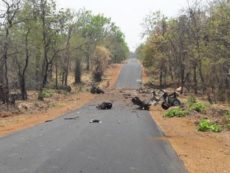 Gadchiroli (Maharashtra): At least 15 C-60 commandos, including a woman, and a driver, were killed in a blast on two security vehicles triggered by Maoists in Kurkheda tehsil of Gadchiroli district on Wednesday afternoon, Maharashtra Finance Minister Sudhir Mungantiwar said. The C-60 Force, comprising locals as well as police personnel, was formed to tackle the […]