Jammu: Ahead of the Republic Day, Border Security Force troopers have detected a key tunnel along the international border in Kathua district in Jammu and Kashmir that may have been used by terrorists, officials said. “On specific intelligence, troops of BSF detected a 150m long and 30 ft deep tunnel today (Saturday) during an anti-tunnelling drive […] 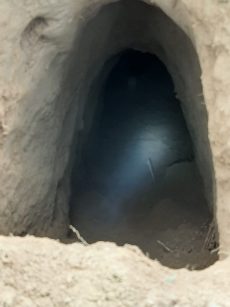 Jammu: The BSF have detected a tunnel at the international border in the Samba sector in Jammu foiling Pakistan’s designs for infiltration, officials said on Wednesday. “Alert BSF troops detected a tunnel in the Samba Sector of Jammu; thwarting the nefarious designs of Pakistan,” BSF said. This is not the first time a trans border tunnel […] 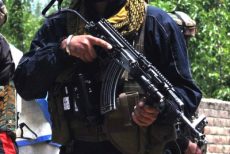 Chandigarh: The Border Security Force (BSF) deployed in Punjab’s Amritsar sector apprehended six Pakistani nationals, who inadvertently crossed the border and entered into Indian territory, and later handed them over to the Pakistan Rangers on Saturday, the BSF said. During questioning, it came to notice that they had crossed over to Indian territory inadvertently on Friday […]

Chandigarh: The Border Security Force (BSF) gunned down two Pakistani armed intruders along the International Border in Punjab in the early hours of Thursday, it said. A huge cache of arms and ammunition, comprising one AK 56 rifle and one Magnum rifle, were recovered. They were shot dead close to the Attari border near the Amritsar […] 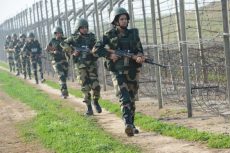 Jammu: A Border Security Force (BSF) officer was killed on Tuesday in ceasefire violation on the Line of Control (LoC) by Pakistan troops in J&K’s Rajouri district. “The Pakistan Army indulged in unprovoked ceasefire violation in Rajouri Sector on the LoC, in which BSF Sub-Inspector Paotinsat Guite attained martyrdom while displaying conspicuous bravery in not only […] Jammu: The Border Security Force has foiled an infiltration bid by five terrorists at the international border in Samba sector of Jammu, the central force said on Tuesday. A BSF statement said that on September 14-15 night, BSF troopers detected the movement of a group of five terrorists on the Pakistan side of the border. “The […] 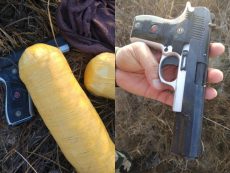 New Delhi: The Border Security Force (BSF) on Wednesday said that it foiled an attempt to smuggle narcotics from Pakistan as it shot down two smugglers and recovered an ache of arms and ammunitions and eight kg of drugs. The incident took place in Rajasthan’s Sriganganagar on the intervening night of September 8-9. During night intervening […] 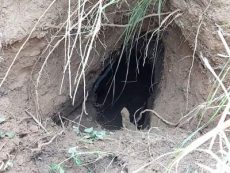 Jammu: The Border Security Force (BSF) has detected a 20 feet long tunnel within the Indian territory at the International Border in Jammu, officials said. According to a BSF statement on Saturday a patrol party during an anti-tunnelling exercise had carried out an in-depth scanning of the area. The team got suspicious in Basantar area […] 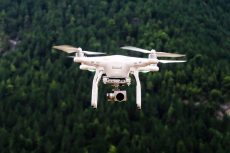 New Delhi: Pakistan will use drones to bomb security establishments near the International Border in Jammu and Kashmir’s RS Pura and Samba sectors, the intelligence wing of the Border Security Force (BSF) has alerted. The security establishments, including the Indian Army, have been informed about the plans of Pakistan’s Inter-Services Intelligence (ISI) to carry out the […]