Bareilly (Uttar Pradesh) | Fourteen men on three bikes and performing stunts, have landed in trouble in Bareilly district after their video went viral on social media. In the video clip, there were as many as 14 men on three bikes — 6 on one and 4 each on two bikes — in the Deorania police […] 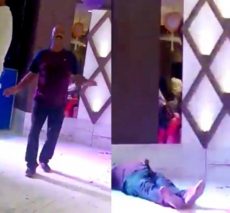 Bareilly/Mainpuri (UP) | In separate incidents, two middle-aged men died on stage in the middle of their performances. Both suffered cardiac arrest and died on the spot. It took a few minutes for the people around to understand what had happened. In the first instance, 48-year-old Prabhat Kumar, who was working as a technical assistant at […] 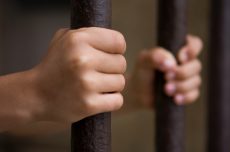 Bareilly (UP) | In a shocking incident, a man strangulated his three-year-old son in a fit of range and dumped him in the forest, thinking him to be dead. A woman from a neighbouring village later found the boy and took him home. According to the SHO of Cantonment police station, Rajeev Singh, Ram Lakhan’s wife […]

Bareilly | Two police constables have been suspended for allegedly beating a 14-year-old divyang boy in Uttar Pradesh’s Bareilly. The boy, whose right hand is amputated, sells fish with his father to support his family. He alleged that the two policemen asked him to do some ‘illegal’ work but he refused and was beaten up by […]

Bareilly (Uttar Pradesh) | In a shocking incident, a nine-year-old girl was allegedly raped by a 13-year-old boy who lives in her neighbourhood in the Bhuta village in Bareilly district, police said. The girl, a Class 4 student, was playing with a friend in front of her house when the minor boy took her to a […]

Bareilly (Uttar Pradesh): With ten marriages behind him, this 52-year-old man was allegedly murdered by unidentified persons over property in the Bhojipura area here. Jaganlal Yadav, a farmer who inherited ancestral property worth a few crores of rupees and was about to transfer its ownership to his adopted son, was found dead in a field. He […]

Bareilly (UP): Nitish Kumar, district magistrate of Bareilly has now directed the chief medical officer in the district to provide treatment to those who were sprayed with sodium hypochlorite on Sunday in a bid to sanitize them. The district magistrate, in a tweet, admitted that the Nagar Nigam and fire brigade personnel became over-zealous in […]

Bareilly (Uttar Pradesh): In a shocking incident, migrants who were returning to their homes in Uttar Pradesh were sprayed with ï¿½chemical on Sunday by a team on sanitising duty at the Bareilly bus stand. According to reports, the migrants who had walked down from Noida and Delhi, were told to sit at the bus stand […]

Bareilly (UP): With the first corona-positive case reported in Bareilly district on Sunday, the district administration has launched a massive sanitization drive. According to reports, a youth living in Subhash Nagar tested positive for corona virus on Sunday. The youth had come to Bareilly form Noida on March 21. The youth, sources, said works in […]