Bengaluru: A local court rejected the bail application of controversial student activist Amulya Leona on the ground that she may abscond if set free, a police official said on Thursday. “The 60th city civil and sessions court judge Vidyadhara Shirahatti on Wednesday rejected Amulya’s bail plea fearing as she may flee if granted bail,” a […] 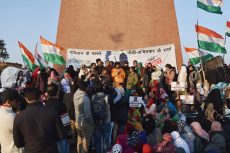 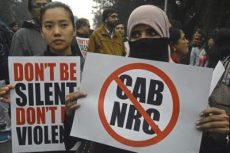 Azamgarh (Uttar Pradesh): The UP police forcibly removed about 200 anti-CAA women protesters from Jauhar Park of Bilariyaganj town of Azamgarh in the wee hours of Wednesday. The police lathi-charged the protesters and used tear gas shells to disperse the crowd. The police have also detained hundreds of protesters including women and children. Rashtriya Ulama […]

Indore: Ramesh Prajapati (70), an elderly man who set himself on fire in protest against the Citizenship Amendment Act (CAA) in Indore district of Madhya Pradesh, died during treatment on Sunday evening, the police said. Prajapati was an activist of the CPI(M), and the party has said that it was a step taken by him […] Lucknow: The Bahujan Samaj Party (BSP) on Monday demanded immediate withdrawal of cases lodged by the Yogi Aditynath government against women protesting against the Citizenship (Amendment) Act (CAA) and National Register of Citizens (NRC). BSP president Mayawati tweeted: “Wrong cases filed against women and others protesting against CAA/NRC by the BJP-led Uttar Pradesh government should […] 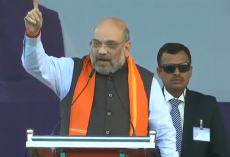 Bengaluru: Union Home Minister Amit Shah on Saturday at a meeting here said that anti-Citizenship Amendment Act (CAA) voices are anti-Dalit. “Seventy per cent of these refugees are Dalits. I want to ask the protesters that are against CAA, what will you benefit from protesting against these Dalits? Anti-CAA is anti-Dalit as well,” said Shah at […]

New Delhi: Despite prohibitory orders in place in the heart of the national capital on Tuesday protesters in large numbers gathered outside Mandi House and raised slogans against the Citizenship Amendment Act (CAA). Swaraj Abhiyan Chief Yogendra Yadav and former JNUSU leader Umar Khalid also joined the protest march that began at Mandi House and […]