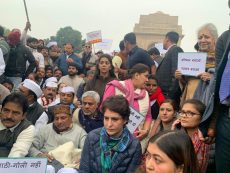 New Delhi:  Congress General Secretary Priyanka Gandhi Vadra is leading the protest at India Gate, along with hundreds of Congress workers in solidarity with the protesting students against the Citizenship Amendment Act. Along with Priyanka, Congress leader Ahmed Patel, General Secretary K.C. Venugopal and A.K. Antony are also at the sit-in protest. Many women wing […] Mumbai: Senior Congress leader Ahmed Patel said on Saturday that they would put up “a political and legal challenge” at the manner in which a Bharatiya Janata Party-led government was sworn-in in Maharashtra under a shroud of secrecy at dawn on Saturday. In a stunning political development, Maharashtra Governor B.S. Koshyari on Saturday morning administered the […] 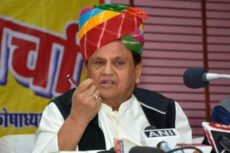 New Delhi:  Despite poll pundits almost writing the Congress off after the Lok Sabha drubbing and the long-drawn drama over Rahul Gandhi’s resignation, the grand old party has made a striking turnaround in Haryana and Maharashtra elections, thanks to the old guards who under Ahmed Patel have revived some of its sparkle on Diwali. With […]

New Delhi: Ignored by the select coterie of Rahul Gandhi, the old satraps of India’s grand old party are finally back at the Congress nerve centre. Among them, Ahmed Patel, the man widely credited for Congress’ major wins in 2004 and 2009 general elections, seems to be a key player in the party’s gradual revival. […] 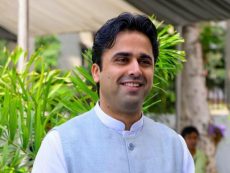 New Delhi: A day after the Enforcement Directorate questioned Faisal Patel, son of senior Congress leader Ahmed Patel, in the alleged multi-crore bank fraud and money-laundering by the Gujarat-based Sterling Biotech, the agency has summoned him again on Monday, according to ED officials. “Faisal was questioned on Thursday for over eight hours about his relations with […]

New Delhi: Senior Congress leader Ahmed Patel’s son Faisal Patel was questioned for seven hours by the Enforcement Directorate here on Thursday in the alleged case of multi-crore bank fraud and money-laundering by Gujarat-based Sterling Biotech. A senior ED official told IANS, “Faisal was asked about his relations with the Sandesara brothers (Chetan Jayantilal Sandesara and […]

New Delhi: In more trouble for the Congress, the Enforcement Directorate on Wednesday said that it has summoned party Treasurer Ahmed Patel’s son Faisal Patel in its probe into the multi-crore-rupee bank fraud and money-laundering by Gujarat-based Sterling Biotech. A senior ED official related to the development told IANS: “We have summoned Faisal for questioning […] 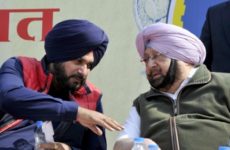 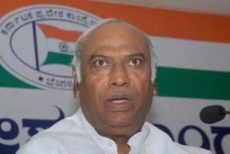 New Delhi: Amid a leadership crisis in the Congress, senior leaders Mallikarjuna Kharge and Digvijaya Singh on Thursday met Treasurer Ahmed Patel separately at the party office here. Senior leaders have been meeting Congress veterans in a bid to persuade party President Rahul Gandhi to take back his offer to step down, which he made […]