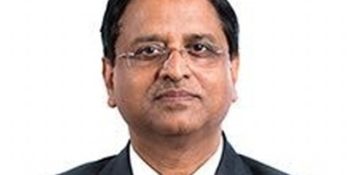 New Delhi:  Former Finance Secretary Subhash Chandra Garg, a 1983 batch IAS officer and the senior-most in the service, on Thursday applied for voluntary retirement from service after being shifted out of the Finance Ministry to the Power Ministry.

There are various versions and theories of this transfer which has been a key discussion point since it was announced on Wednesday night. Garg was the blue-eyed boy of Arun Jaitley, who, as Finance Minister, had got him into the North Block from Washington where Garg was serving as the Executive Director at World Bank. After joining as Economic Affairs Secretary, he later became Finance Secretary by virtue of his seniority.

Garg is the first Finance Secretary to apply for VRS from service in 19 years. If his request is accepted, he will leave service more than a year before his scheduled retirement on October 31, 2020.

It is not the first such incident. In November 2000, E.A.S. Sarma, who was Economic Affairs Secretary in the Atal Bihari Vajpayee government, was moved to Coal Ministry and instead of taking up that post, retired voluntarily, a year and two months before his superannuation date.

But that’s not all to this once powerful bureaucrat.

In a tweet, Garg said: “Handed over charge of Economic Affairs today. Learnt so much in the Finance Ministry and Economic Affairs Dept. Will take charge in Power Ministry tomorrow. Have also applied for Voluntary Retirement from the IAS with effect from 31st October. Last tweet from this handle.”

Recently, Garg faced lash-outs on social media after a committee, led by him, banned private crypto currencies in India while supporting launch of the official digital rupee. “Committee is very receptive and supportive of distributed ledger technologies and recommends its widespread use in delivering financial services. It also opens up door for a possible official digital rupee. Private crypto currencies are of no real value. Rightly banned,” he had said in the report.

But Garg was more in news for leading the government’s demand for more dividends, surplus and profits from the Reserve Bank of India and a bitter spat with then RBI Governor Urjit Patel and Deputy Governor Viral Acharya who fought fiercely for RBI autonomy operationally and financially.

Ultimately, a panel was set up to work out the formula and quantum of transfer but even there too, Garg was prominent with his dissent remarks.

In the course of time, Patel and Achrya left before their time and now in a surprise coincidence, Garg leaves the Finance Ministry and also government service, if his VRS application is accepted.

Garg, according to sources, has put up a dissent note in the report by the Bimal Jalan committee reviewing the capital framework of the Reserve Bank of India. The report is tasked on how much of the central bank’s reserves should be transferred to the government. Garg, sources said, suggested a one-time lump sum transfer which many of the other panel members do not agree.

But its the recent Sovereign Bond that is being seen as the turning point in the narrative. Sources said the PMO was not properly apprised of the consequences of overseas dollar-denominated bonds by Garg, who originally pushed this idea. Several former RBI Governors and experts in and out of the government have opposed the sovereign bond issue, saying the foreign currency overseas sovereign bonds would push the country into a debt trap.

It was not immediately clear whether Garg’s transfer was linked to the fallout from the overseas bond proposal. However many sources privately said it was. The PMO was unhappy with the proposal, they said.

Garg was widely experienced at all levels in his more than 30 years of service during which he held various important assignments including administrative postings in his home state of Rajasthan.

He had also worked in the central government in various capacities. He was posted as Director of the Department of Economic Affairs in the Finance Ministry from May 2000 to September 2003.

Later, he took over as Joint Secretary in the Department of Expenditure in the Ministry and continued to hold that position till May 2005.

He has also worked in the Cabinet Secretariat where he held the position of Joint Secretary/Additional Secretary from February 2012 to December 2013. 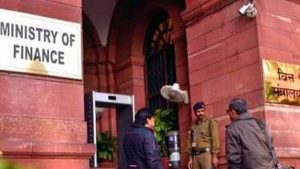 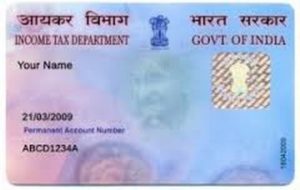