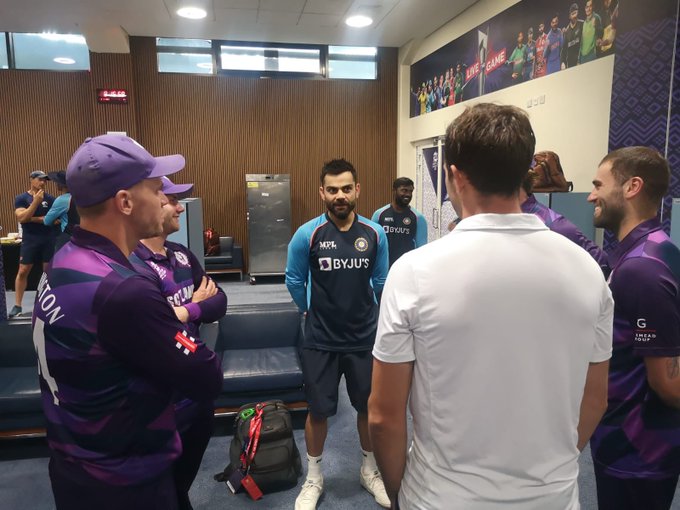 New Delhi | Indian skipper Virat Kohli along with his teammates interacted with the Scotland players following their ICC T20 World Cup match in Dubai, and the gesture prompted a lot of appreciation from cricket fans.

The Board of Cricket Control India (BCCI) uploaded a video on their Twitter handle which showed players from both the teams interacting in the dressing room. According to the caption of the tweet, the Scotland cricket team wanted to meet the Indian side, and “our boys made them feel at home”.

MUST WATCH: #SpiritOfCricket was at its best as Scotland expressed their wish to visit the #TeamIndia dressing room & our boys made them feel at home🤝👌👌 – By @Moulinparikh

Whereas, Cricket Scotland tweeted, “Huge respect to @imVkohli and co. for taking the time. Priceless.”

Huge respect to @imVkohli and co. for taking the time 🤜🤛 pic.twitter.com/kdFygnQcqj

India thrashed Scotland by eight wickets in their penultimate Super 12 stage clash of the T20 World Cup 2021 on Friday to keep their semi-final hopes alive in the tournament. India produced a dominant performance with the bat and the ball to register an emphatic victory and massively improve their net run-rate to remain in the race for a top-two finish in Group 2.

Indian bowlers wreaked havoc on the Scottish batting line-up after the Kyle Coetzer-led side were asked to bat first at the Dubai International Stadium in Dubai on Friday. Ravindra Jadeja and Mohammed Shami picked up three wickets apiece as Scotland were bundled out cheaply for a paltry 85. 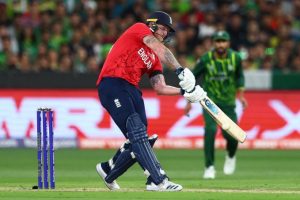 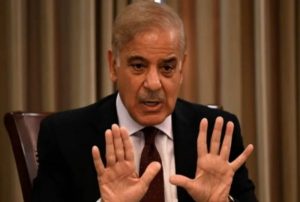 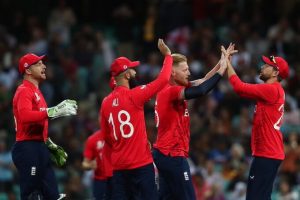