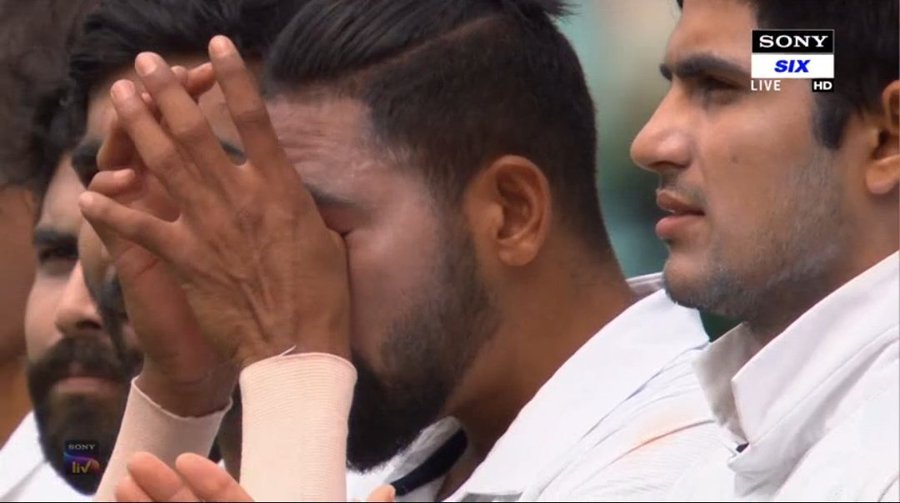 Sydney: India pacer Mohammed Siraj has revealed that his late father’s memory brought tears to his eyes while the national anthem was being played ahead of the third Test against Australia which began Thursday at the Sydney Cricket Ground.

Video and images of Siraj fighting back tears went viral on social media before the start of the play.

Siraj had lost his father on November 20, about a week after the Indian team landed in Australia and were in quarantine ahead of the limited-overs series.

The pace bowler, who was part of the squad for the Tests that were to begin only on December 17, was given the option of returning home to attend the burial of his father but decided to stay back as the entire process of going back and returning would have involved quarantine periods.

“During the national anthem, I just remembered my father. That is why I felt a bit emotional. Dad always wanted to see me play Test cricket. If he would have been alive, he would have seen me,” said Siraj after the end of the first day’s play which saw Australia score 166/2.

“Even if there’s little or no crowd to cheer you on, no better motivation than playing for India. As a legend once said ‘You don’t play for the crowd, you play for the country’,” tweeted Jaffer.

Even if there's little or no crowd to cheer you on, no better motivation than playing for India. As a legend once said "You don't play for the crowd, you play for the country." 🇮🇳 #AUSvIND pic.twitter.com/qAwIyiUrSI

“I just want certain people to remember this picture. He is #SirajMohammed and this is what the national anthem means to him,” said Kaif.

The 26-year-old Siraj, who is yet to see his family after his father’s death, will return home only after January 19, two months after his father passed away in Hyderabad. 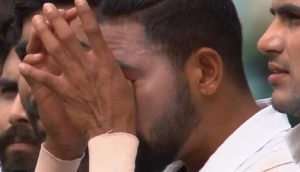 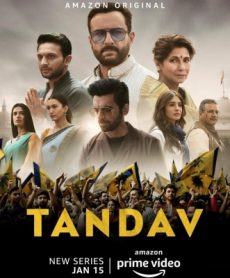