New Delhi: Hardline separatist leader Masarat Alam Bhat was in constant touch with terrorist organisations from the Jammu and Kashmir jail where he was in detention since 2010 before being shifted here, and was instrumental in orchestrating stone pelting and attacks on security forces in the state.

Now in custody of the National Investigation Agency (NIA) till July 14 in a terror funding case involving Jamaat-ud-Dawah (JuD) chief Hafiz Saeed – alleged mastermind of the 2008 Mumbai attacks – Bhat had received lakhs of rupees through the ‘hawala’ route to carry out anti-India activities and stone pelting in the Kashmir Valley, said investigators requesting anonymity.

Transformed from a posh schoolboy to Kashmir’s “most wanted” separatist leader, an informed source said, the 47-year-old was in regular touch with Pakistan-based Lashkar-e-Taiba (LeT) cadres through different sources and was operating from his jail on their instructions.

Bhat played the role of “ringleader” of stone pelting in Jammu and Kashmir and as one of the planners who were managing the money sent by LeT chief Saeed to carry out anti-India activities, said the source.

Asked how Bhat has been instrumental in carrying out terror activities and stone pelting in the Valley as he was in jail, the source said: “Jail was not a hindrance for him to operate terror activities. The NIA verified it properly before bringing him to Delhi to question him in the terror funding case.”

It has also been established that Bhat, an alumnus of Srinagar’s Tyndale Biscoe missionary school, has close contacts with separatist leader Shabir Shah, who is also in NIA custody, and hawala operator Zahoor Ahmad Shah Watali, a co-accused in the case.

Bhat, the source said, was instrumental in orchestrating attacks on security forces and playing “freedom” songs in mosques that threatened law enforcement agencies to leave Kashmir.

The incarcerated chairman of Muslim League Jammu and Kashmir, Bhat, was on Monday shifted from Hira Nagar jail in Jammu to Delhi’s Tihar jail and is being grilled by the NIA in the terror funding case which the agency registered in May, 2017 after violence erupted in the Kashmir Valley.

The NIA is trying to trace the money trail from Pakistan-based terror outfits, and the political involvement behind stone pelting and other terror activities in Jammu and Kashmir.

Authorities in Jammu and Kashmir in November last year slapped 37th Public Safety Act (PSA) — a world record — against Bhat and shifted him to Hira Nagar jail. He was arrested in 2010 after the Jammu and Kashmir Police established his involvement in the 2010 protests in the state.

Bhat’s role in terror funding was revealed during questioning of the other arrested accused in the case, said the source.

Shahid-ul-Islam is Dar’s aide and Khandey is the spokesperson for the Geelani-led Hurriyat. Kashmiri businessman Watali was arrested in August 2017.

The anti-terror agency, on January 18, 2018, filed a chargesheet against 12 persons, including Lashkar-e-Taiba chief Saeed and Hizbul Mujahideen chief Syed Salahuddin in connection with the terror funding case.

Bhat’s past record also forms the basis of NIA’s suspicion on his role in the terror funding case, the source said.

In all, from 1990 to 2005, Bhat was served with as many as nine detention orders and was incarcerated in various jails across the state.

A bounty of Rs 15 lakh was also declared aginst him, and for a time, he was the Valley’s “most wanted” separatist leader. On October 18, 2010, Bhat was arrested at his maternal uncle’s house in Wagund Telbal area of Srinagar. 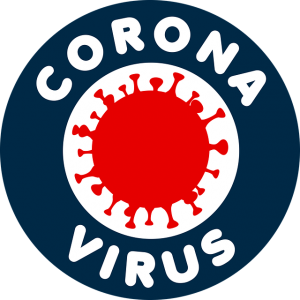 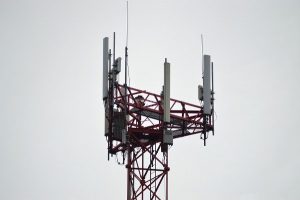